In an interview round at the Tory conference in Manchester, the prime minister stressed that the country is at a ‘turning point’ as businesses are phased out of cheap labor after Brexit.

But he admitted Christmas could only get better from a “low base” for shortages fears, after it was effectively canceled during the pandemic last year.

And he admitted that the government’s efforts to bring in more truck drivers from abroad have had limited success: only 127 have applied for emergency visas.

Tensions between ministers and business have escalated during the crisis, with Secretary of State Liz Truss warning that businesses will be blamed if the holiday season is ravaged by shortages and price hikes.

A cabinet source has told the Telegraph that companies are ‘drunk on cheap labour’ and have made no plans for the changes. 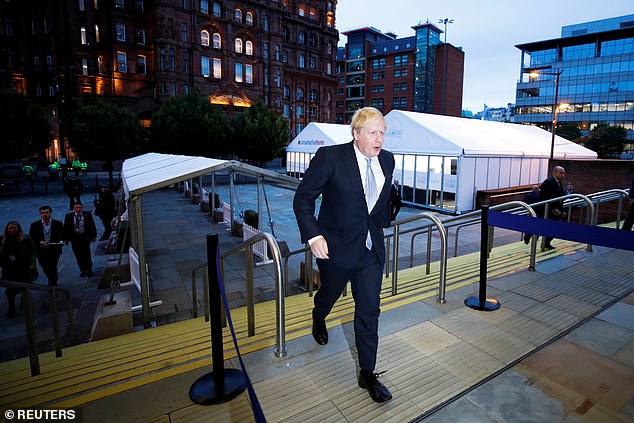 In a round of interviews at the Tory conference in Manchester, the prime minister stressed the country is at a ‘turning point’ as companies are being deprived of cheap labor after Brexit

As the conservative rally enters its final stages, Home Secretary Priti Patel will today announce plans to hit eco-combatants with a new type of Asbo in a bid to stem their highway protests.

And Attorney General Dominic Raab will unveil a deal to force criminals in ‘chain gangs’ to remove waste from waterways.

Mr Johnson is expected to use his speech at the Tory conference tomorrow to encourage a return to the workplace.

“He believes very strongly in the value of working face-to-face,” a senior source told the Daily Mail. ‘It is crucial for the education and development of young people. How do you learn a new job on Zoom?’

Mr Johnson launched an ill-fated attempt to get office workers back to their desks last year, which was devastated by the rise of the second wave of Covid.

Scientific advisers have pressured him not to repeat the exercise this year, as working from home is one of the most effective ways to slow the spread of the virus.

Instead, the government left it up to employers to encourage a “gradual return to the workplace.”

But a second Tory source said ministers were now hopeful they wouldn’t have to issue another work-from-home order this winter.

“You can never rule out anything with Covid,” says the source. ‘But we are now at the beginning of October and hospital admissions are still at a manageable level.

“We’re not at the point where anyone is thinking about plan B. 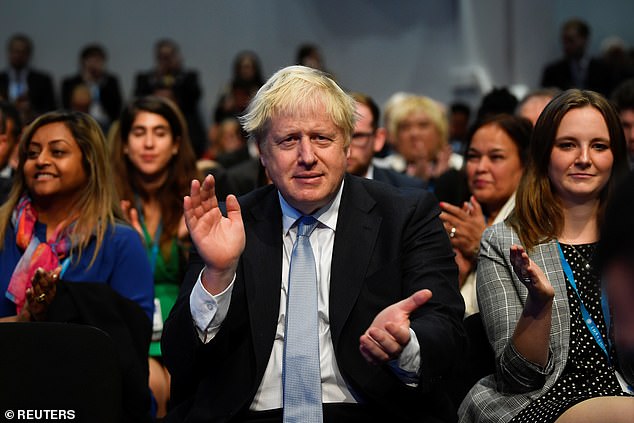 Amid growing confidence that Covid will not trigger further lockdowns, the prime minister will use his Tory conference speech tomorrow to encourage a return to the workplace 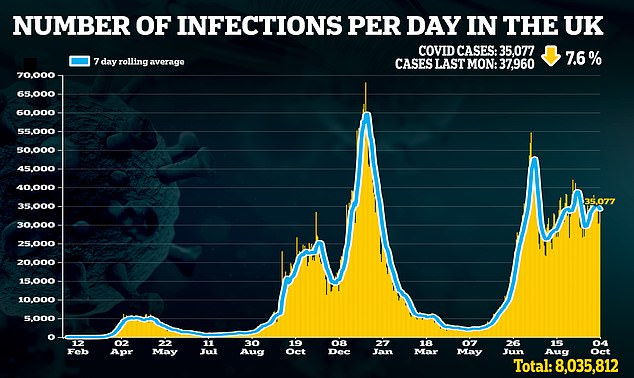 “Even if we get to that point, it would start with things that cause relatively little nuisance, such as mandatory face masks and Covid certification.”

In other developments at the Tory conference: