A trapped Sydneysider has left his neighbors stunned after soaking up the sun on a concrete bin used to store trash cans.

A Reddit user posted a series of photos on Saturday titled “sunbaking inner west Sydney” as temperatures rose to 31°C in parts of the city.

The man is seen in an apartment parking lot, lying on a beach towel – turning front and back to get as much sun as possible. 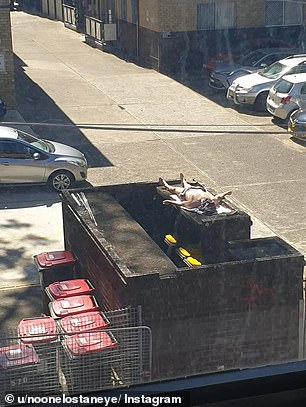 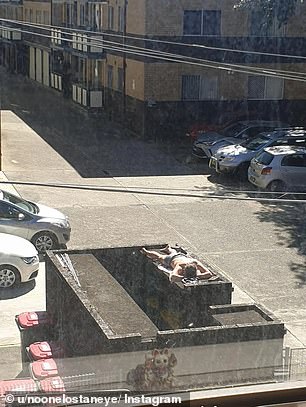 A man has been caught in an unusual spot in the sun over Sydney’s scorching weekend. He was photographed lying on a concrete bin used to place trash cans in a downtown parking lot

In a third image, he moves to the top of another concrete wall opposite his original spot, following the sun as it moves across the parking lot.

While local government areas on the coast were given the luxury of visiting the beaches, others in the inner city had to make do with what they had.

The images have received hundreds of votes, with Reddit users commenting on the interesting way the man is adapting to sunny weather in lockdown.

“Take a sniff of the dead fish from the bins and it’s like actually being on the beach,” one wrote.

“Imagine minding your own business, taking out your garbage bags and seeing your old buddy Geoff, spread out like a corpse, baking himself away like a sun-dried tomato,” commented another. 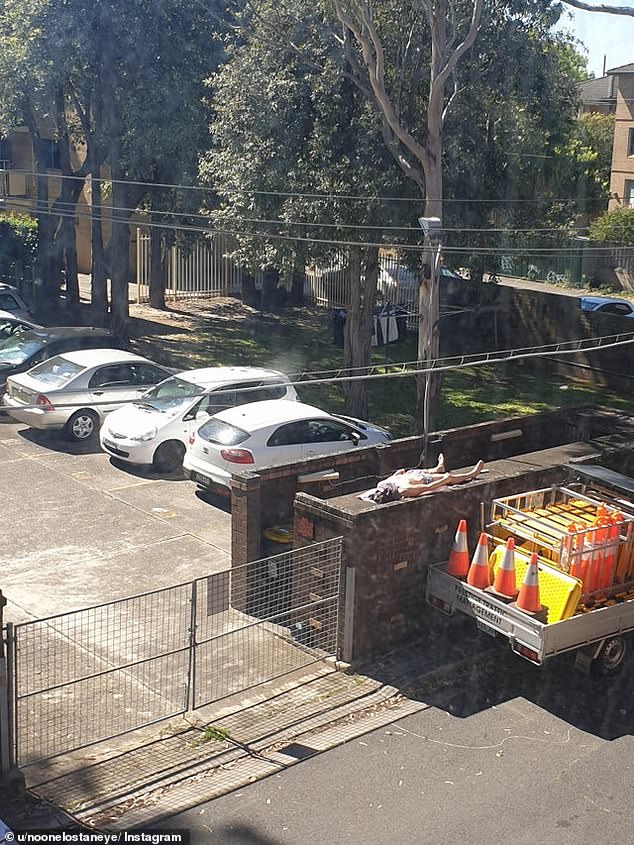 Reddit users have commented on the hilarity of the images, noting that he’s getting some sun during the lockdown