By Kevin Airs and Michael Pickering for Daily Mail Australia

Disturbing new images have emerged of the man charged Monday with a frenzied attack on two female police officers in Bankstown in southwestern Sydney.

In the savage daylight attack, one female officer was reportedly kneeling in the face repeatedly, while the other was brutally beaten and kicked, police say.

The suspect was seen fleeing after the attack, but was later caught on camera in the backyard of his home in nearby Yagoona.

Video shows the 43-year-old wild-eyed man in a disturbing sequence shot in his backyard. 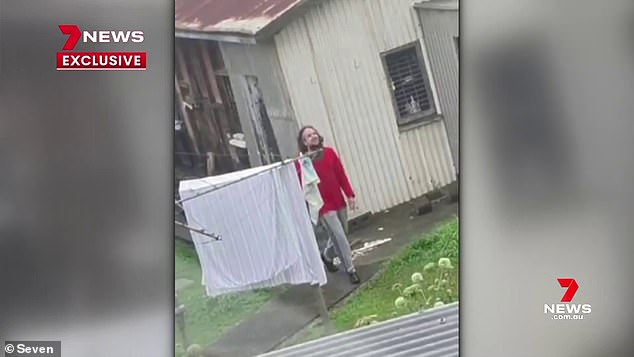 You can see him pacing around the yard, with laundry nearby, while apparently yelling gibberish and muttering to himself.

The disturbing scene took place just before police stormed into the house and arrested the man in connection with the alleged assault on the female officers.

He would be known to the police because of previous mental health problems. It is alleged that he also later assaulted a third police officer after he was taken into custody.

The two senior female officers were patrolling the area when they spotted a man standing on the road and warned him to move before being hit by traffic. 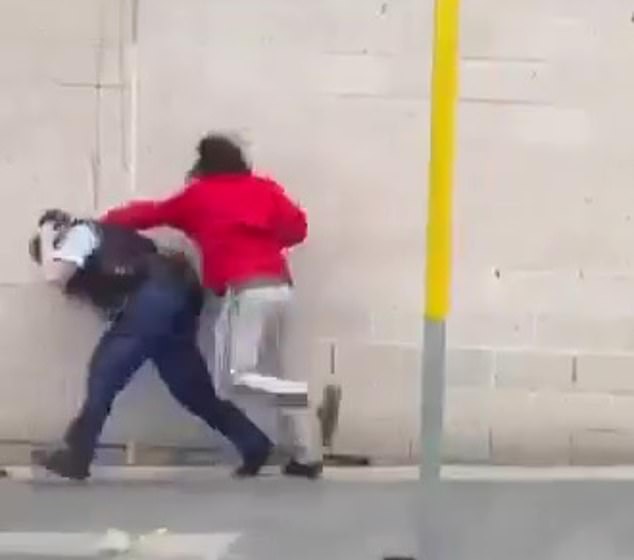 Two senior female officers were patrolling Bankstown when they saw a man standing in the road and warned him to move before being hit by traffic when he was allegedly attacked, pictured.

But when the officers approached him, he allegedly attacked.

“The man allegedly punched and kicked both officers, who were using OC spray in an attempt to subdue him, before leaving the area and getting on a train,” the NSW police said.

A clip of the incident filmed from a parked car went viral after it was posted to Facebook.

The video shows a man in a red top allegedly kneeling forcibly on the head of a female police officer while her colleague tries to subdue him with paprika spray.

The second officer then calls for help on her police radio. 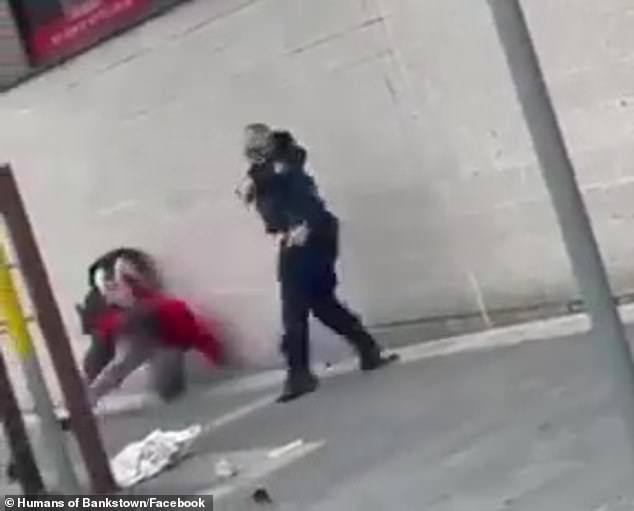 The video, seen here, shows a man in a red hoodie violently kneeling on the head of a female police officer while her colleague tries to use capsicum spray to subdue him

The man is then seen in the distance running away while the policewoman who was the victim of the alleged attack bends over and grabs her face.

After his arrest, the suspect then allegedly assaulted a third officer, a 32-year-old male senior officer, while he was in custody.

The male officer and the two female officers of the Bankstown Police Transport Command, aged 30 and 32, were all treated at Bankstown Hospital.

NSW Police added: ‘Charges are expected to be filed and the investigation into the incident continues.’