In December 1942, ten British men, some barely in their teens, were submarined in their canoes to the mouth of the River Gironde in occupied France.

Their task was to paddle more than 70 nautical miles upstream to the port of Bordeaux, where they would sink enemy shipping with limpet mines. In a sense, the mission was a success. Five ships were sunk.

But only two of the men returned to Britain. The rest were drowned or executed by the Germans. “I felt ten feet tall,” one of the survivors later wrote of his recruitment to the group. “What I didn’t know was that I was going to be sent to almost certain death.” 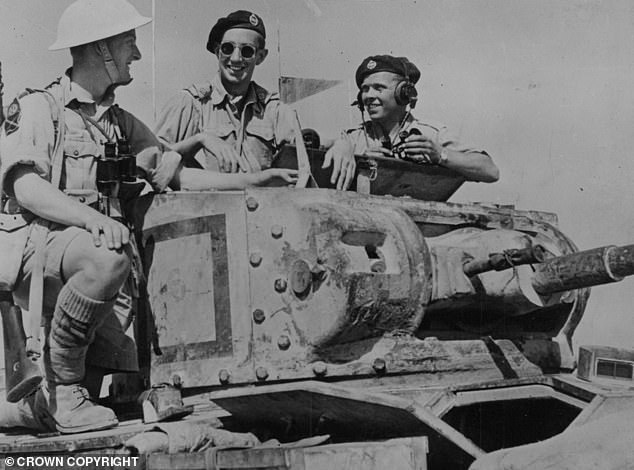 Saul David, in a new book, talks about how the Special Boat Service grew out of wartime needs. Pictured: Brits in desert

Operation Frankton, as it was officially called, is the subject of the 1950s classic war film The Cockleshell Heroes. It’s also one of many tales of extraordinary bravery in Saul David’s riveting history of the Special Boat Service (SBS) and associated maritime special operations units during World War II.

The SBS is one year older than its more famous counterpart, the SAS. It was founded in 1940 by a remarkable man, Roger ‘Jumbo’ Courtney (whose nickname came from his days as an elephant hunter in Africa), who molded the unit in his own image.

He had little time for boastful boasters – instead he sought ingenuity and quick thinking. When future travel writer Eric Newby was interviewed by him, there was a sign on Courtney’s desk that read: ‘Are you tough? If so, then leave. I need b***ers with intelligence.’

The unit’s first mission was a daring reconnaissance of Rhodes, then in the hands of the Italians, in the spring of 1941. Fueled by benzedrine pills to keep them alert, their faces obscured by shoeshine, Courtney and a colleague landed by canoe on the beach to investigate enemy defenses.

Proven their worth, further operations by the SBS followed. A free French general, Henri Giraud, was rescued by SBS canoe and submarine from Vichy France. In his sixties, Giraud was not used to traveling in a kayak and at one point was told by one of the SBS men: ‘Sit down, you stupid old fool’. 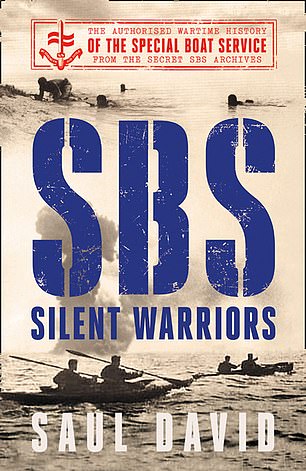 The most ambitious of all their operations was an attack on Erwin Rommel’s Libyan headquarters, the ‘Desert Fox’. The plan was to capture or kill the legendary German general. “If he calms down, we’ll bring him,” said Lieutenant Colonel Geoffrey Keyes, the leader of the attack. “If he doesn’t, we’ll knock him off.”

In the end, the raid ended badly: Rommel wasn’t even there, Keyes was killed, and most of his men were captured. Two of the group, Colonel Laycock and Sergeant Terry, went on an astonishing 41-day trek across the desert to safety.

While hiding in daylight, Laycock read aloud from a copy of The Wind In The Willows to pass the time. “Safe at last!” Terry is said to have said when they reached the British lines. “And now, thank God, I don’t need to hear from that goddamn Mr. Toad!”

The SBS’s greatest achievements came during the preparations for D-Day, when on New Year’s Eve 1943, nearly six months before the invasion, they set foot on the chosen beaches to survey the terrain. On D-Day itself, crammed into mini-submarines, they went ahead of the main troops to guide the landing craft by means of flashing signals and radar.

If they were spotted, they had to sink the submarine and swim to shore. ‘We all had a French identity,’ one man remarked, ‘in case we were captured or just drowned. I was in the complete disguise of a French taxi driver.’

Today’s SBS is proud of its traditions. “We are indebted to our bloodline. . . Unconventional and irregular, we are misfits who belong, thinkers who fight and fighters who think.’

Saul David’s book is a brilliant account of how the SBS was born of war needs and how much the organization and its affiliated units were able to achieve in those early years.

Amid the tragedy of 9/11, the courage of ordinary people shone through