Australian favorite Dylan Alcott has won gold at the Tokyo Paralympics, making it the best player in wheelchair tennis history.

The 30-year-old added gold to his 14 singles grand slam titles after taking home his second medal at the Tokyo Paralympic Games on Saturday.

Alcott claimed victory against Dutch No. 2 Sam Schroder, of the Netherlands, in the quad singles final after being on the pitch for 90 minutes. 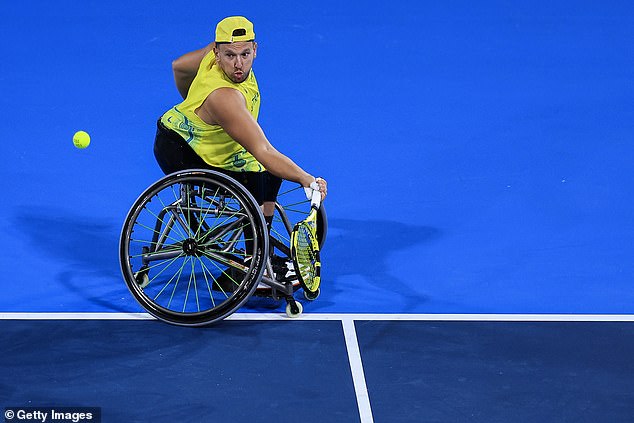 The Australian worked hard in the first set in which he reached a tiebreak with his younger Dutch opponent.