By Tom Witherow For The Daily Mail

Amazon will create more than 2,000 jobs in the UK as part of a huge global hiring spree.

It will take on another 55,000 staff, mostly in America, as it rapidly expands to keep up with the boom in online demand and cloud computing services.

Some staff will work on Project Kuiper, a new satellite launch programme which aims to widen broadband access. 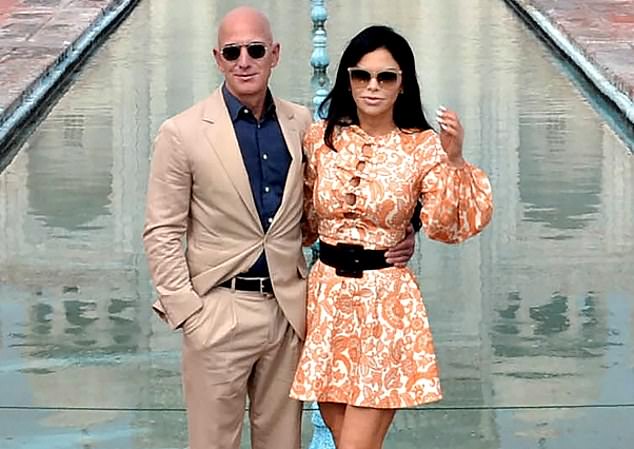 Amazon has been hoovering up warehouse space in the UK, leasing a quarter of the 50m sq ft of newly rented space last year alone, according to Savills. The jobs will be in its warehouses, offices in London and Manchester, and ‘tech hubs’ in Cambridge and Edinburgh.

Amazon chief executive Andy Jassy, in his first press interview since he succeeded Jeff Bezos in July, said the company needed more firepower to keep up with demand.

He said: ‘Amazon continues to grow quickly and relentlessly invent across many areas. There are so many jobs during the pandemic that have been displaced or have been altered, and there are so many people who are thinking about different and new jobs.’

The hiring starts in the UK with an online career fair on September 15, where staff will be promised a minimum of £10 per hour, with an extra £1.10 for those based in London, which is more than the floor recommended by the Living Wage Foundation.

A range of benefits is pledged, claimed to be worth £700, and a £1,000 sign-on bonus for some roles – reflecting the shortage of labour following Brexit and the pandemic.

But Amazon still has a reputation as a demanding place to work for low-paid warehouse workers and drivers, who have reported having to deliver 300 parcels a day with no time for toilet breaks.

In April, Amazon defeated activists in Alabama in the fight to establish the company’s first unionised warehouse, amid accusations of intimidation.

Around 40,000 of the new jobs will be in the US, with the rest mostly in India, Germany and Japan.

The hires represent a 20 per cent rise in tech and corporate staff, who currently number around 275,000 globally. It will also add to its 1m warehouse and distribution staff.

Jassy, asked if he wants to change Amazon’s reputation as a tough place to work, said: ‘Everybody at the company has the freedom – and really, the expectation – to critically look at how it can be better and then invent ways to make it better.’