An arson attack has destroyed a nightclub in the Mexican beach town of Acapulco that has been frequented by Hollywood A-lister and even drug cartel bosses who shut it down for their own use.

Surveillance video shows at least three people spilling a flammable drink from containers onto the floor of the Baby’O club before setting it on fire last Wednesday night.

According to the Mexican newspaper El Universal, the suspects arrived at Baby’O in a vehicle and attacked a guard at the scene. Suspects spilled a flammable liquid at the famed Baby’O nightclub in Acapulco, Mexico, before setting it on fire last Wednesday. The mayor of Acapulco said the incident was not tied to any criminal organizations and considered it an “isolated event” 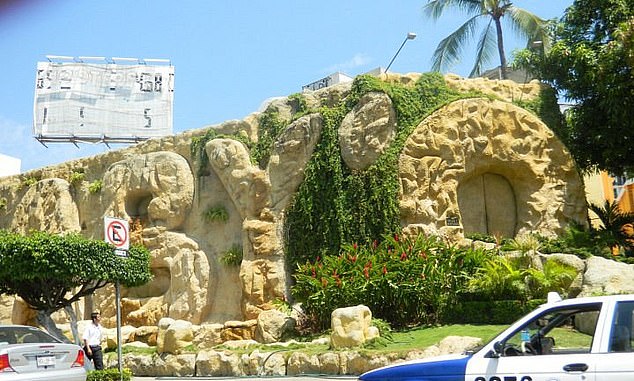 Baby’O, an iconic nightclub in the Mexican resort of Acapulco, first opened in 1976 and has been frequented by American and international A-listers

A camera by the stairs of a nightclub showed a masked man entering the property about 40 minutes before he and his accomplices set it on fire.

The Acapulco Fire Department said there were no injuries or casualties.

In a press conference, Mayor Abelina López Rodríguez ruled out that the fire was orchestrated by members of the organized criminal organization.

“I have a feeling that the Baby’O incident is an isolated event, as they say, it is not seen as a crime issue, there is no extortion,” said López Rodríguez.

López Rodríguez also shot down reports that the fire was a warning message for her incoming government. 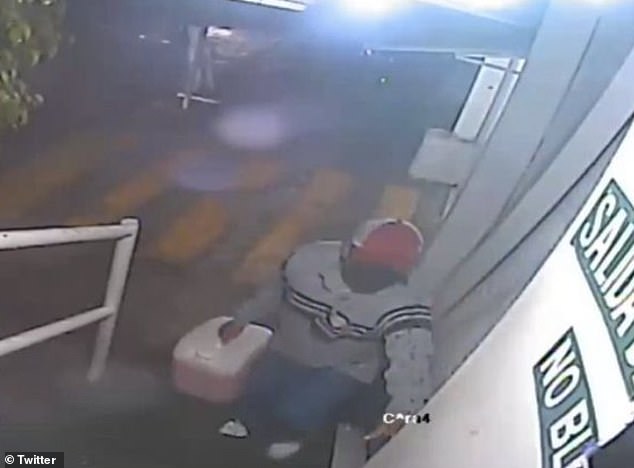 One of the three suspects can be seen on a surveillance video entering Baby’O nightclub in Acapulco, Mexico, before it was set on fire last Wednesday 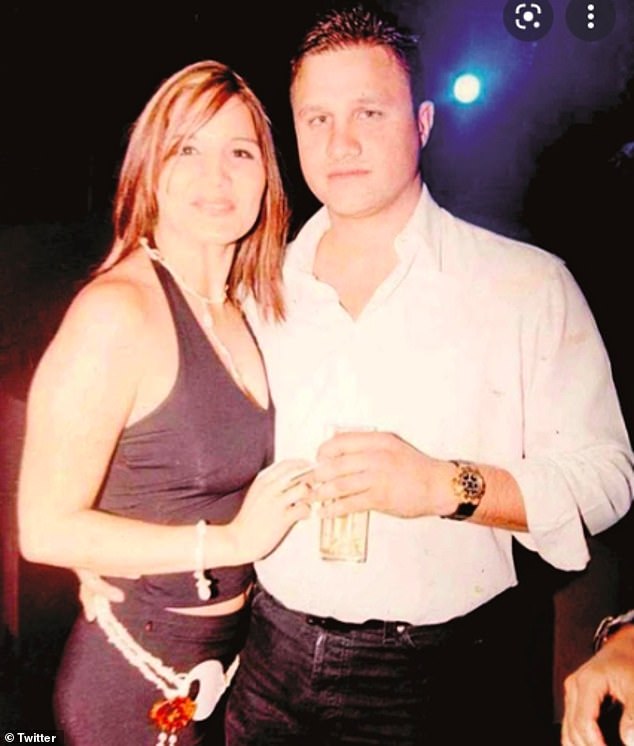 US-born drug trafficker Édgar ‘La Barbie’ Valdez, who is serving a 49-year prison sentence in Florida, has reportedly rented Baby’O just for him and his friends.

Rafael Villafane, who is part of the Baby’O property group, said he wasn’t sure when the famed nightclub will reopen, digital Infobae reported.

“The nightclub has been closed for over a year and a half because of the pandemic and we have not been victims of extortion either,” he said. “It is therefore impossible that the fire was started by extortion. …to reopen the nightclub it takes a lot of time, everything is being investigated. We will do everything we can to be ready by the end of the year.” 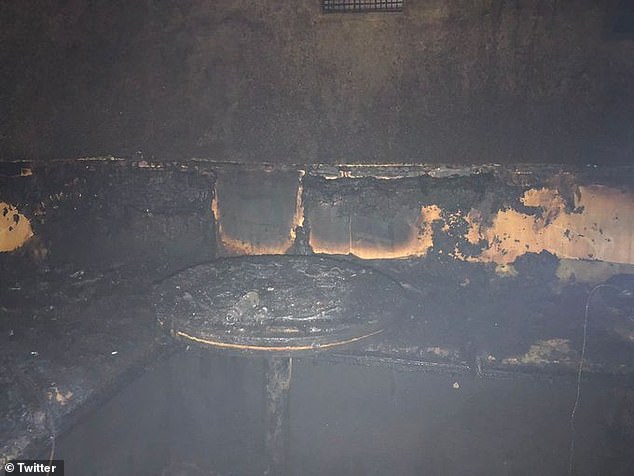 According to Infobae, Rafael Villafane, who is part of the Baby’O property group, said he’s not sure when the famed nightclub will be open for business again. 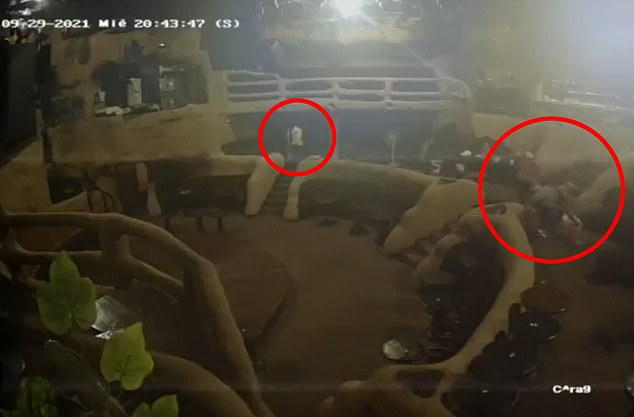 Suspects appear on camera, spreading a flammable liquid across the floor in Acapulco, Mexico, Baby’O nightclub, just before setting it on fire last Wednesday. No injuries or casualties were reported 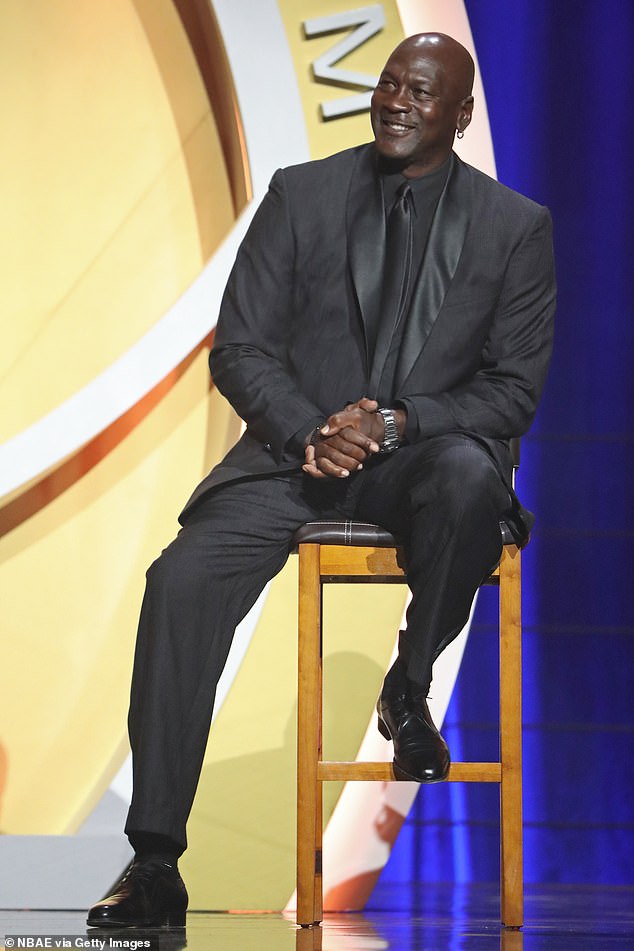 Michael Jordan (pictured at the 2021 Basketball Hall of Fame Enshrinement Ceremony on September 11) was one of the handful of A-listers flocking to the Baby’O nightclub in Acapulco, Mexico. According to Mexican magazine Quién, the NBA legend once asked club staff to remove CCTV footage of him dancing with a bevy of women as he was in the middle of a divorce battle with his ex-wife. The nightclub was set on fire by three men last Wednesday. No arrests have been made 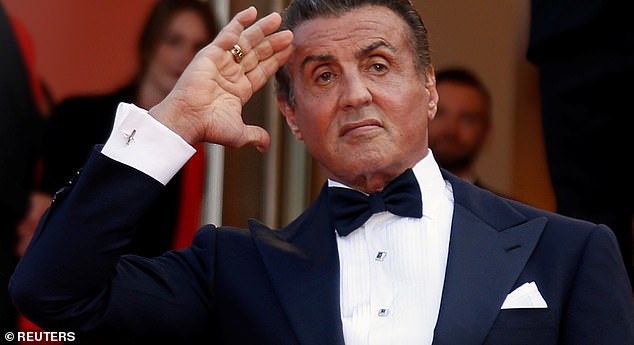 Actor Sylvester Stallone (photographed at the Cannes Film Festival on May 25, 2019) was a visitor to the Acapulco, Mexico, iconic nightclub Baby’O, which was set on fire last Wednesday by at least three men

The club first opened its doors in 1976 and quickly became a destination attracting Hollywood A-listers and singers such as Brooke Shields, Sylvester Stallone, Bono, Elizabeth Taylor and James Brown.

According to Mexican magazine QuienNBA Hall of Famer Michael Jordan once asked Baby’O staff to remove footage from security cameras of him dancing with a bevy of women because he was in the middle of a divorce battle with his ex-wife.

Texas-born Édgar “La Barbie” Valdez, a former member of the Beltran Leyva organization who is serving a 49-year sentence for drug trafficking in a Florida prison, reportedly rented the club just for him and his friends on the culmination of a war with Joaquín ‘El Chapo’ Guzmán’s Sinaloa cartel.