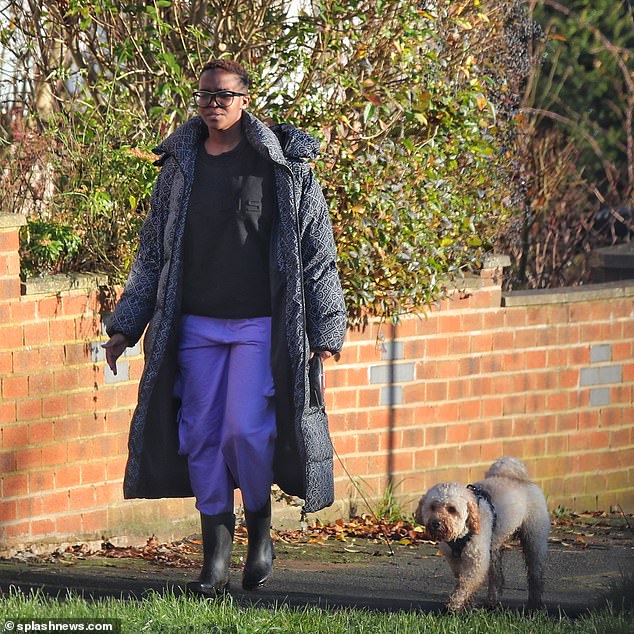 Oti Mabuse cut a nonchalant figure as she took her dog for a walk in London on Thursday after hinting that she’s leaving Strictly for her Dancing On Ice debut.

The ballroom professional, 31, nailed winter chic in a black quilted jacket with white swirls, which she layered over a plain charcoal T-shirt.

She cut off a pair of must-have purple joggers and continued her look with black wellies as she enjoyed the relaxing walk next to her dog, Leo.

Rising: Oti Mabuse cut a nonchalant figure when she took her dog Leo for a walk in London on Thursday, after hinting she’s leaving Strictly for her Dancing On Ice debut

She framed her face with oversized glasses and sported her brown locks in a short clipper cut, while wearing a pair of silver stud earrings.

The double champion recently hinted that after six years and two Glitterball trophies, her Strictly career could be over.

The pro dancer confirmed that “an announcement will be made later” ahead of her Dancing On Ice jury debut this Sunday.

Oti, who joined Strictly in 2015 when she teamed up with Olympic boxer Anthony Ogogo, 33, revealed BBC bosses ‘congratulated’ her after she landed the ITV job. 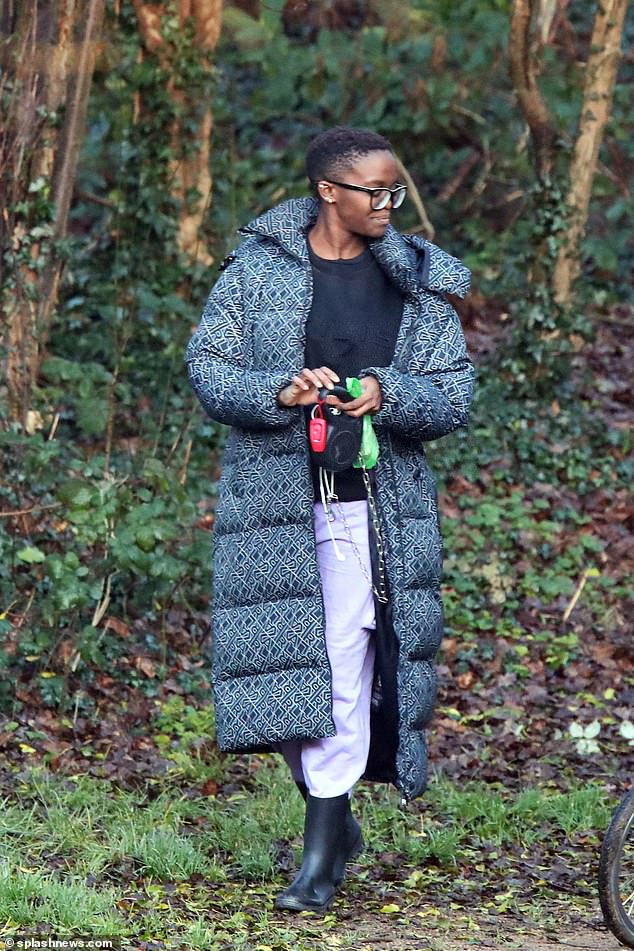 Wrapping up: The ballroom professional, 31, made winter chic in a black quilted jacket with white swirls, which she wore over a plain charcoal T-shirt

She told MailOnline: “There will be an announcement that will be made later.

“But for me as a person in entertainment I really want to learn and grow and I want a long career, especially in this country.

“I’ve done a few panel shows, but I’ve been a dance captain and a dance detective, but I’ve never been said to be a judge. 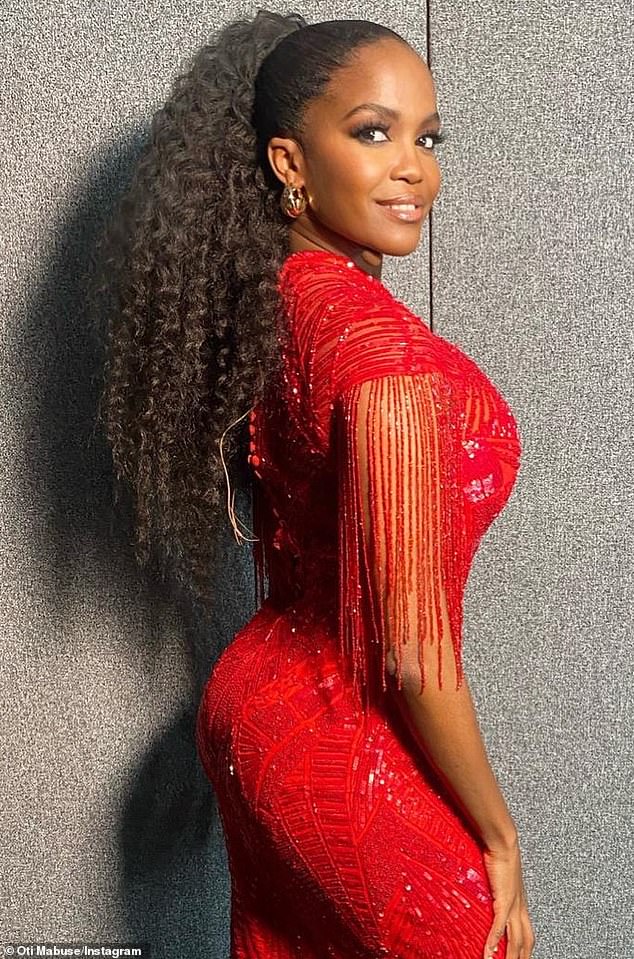 ‘I really want to learn and grow’: The professional dancer confirmed that ‘an announcement will be made later’ ahead of her Dancing On Ice jury debut this Sunday

“I love competition and I love seeing people learn new skills and get better every week.

“It’s a journey that I absolutely enjoy being a part of and watching. To know that I now do it with skating is very exciting for me. I can’t wait, I’m fizzing.’

Strictly Judge Motsi, 40, has guided younger sister Oti’s career and given her tips on how to become a top TV judge.

Oti, who won the Glitterball trophy for two straight years with Emmerdale star Kelvin Fletcher, 37, and comedian Bill Bailey, 56, said: “We’re really close, my sister and I and we know we’re pretty loud and bubbly and her advice to me was to just be myself. 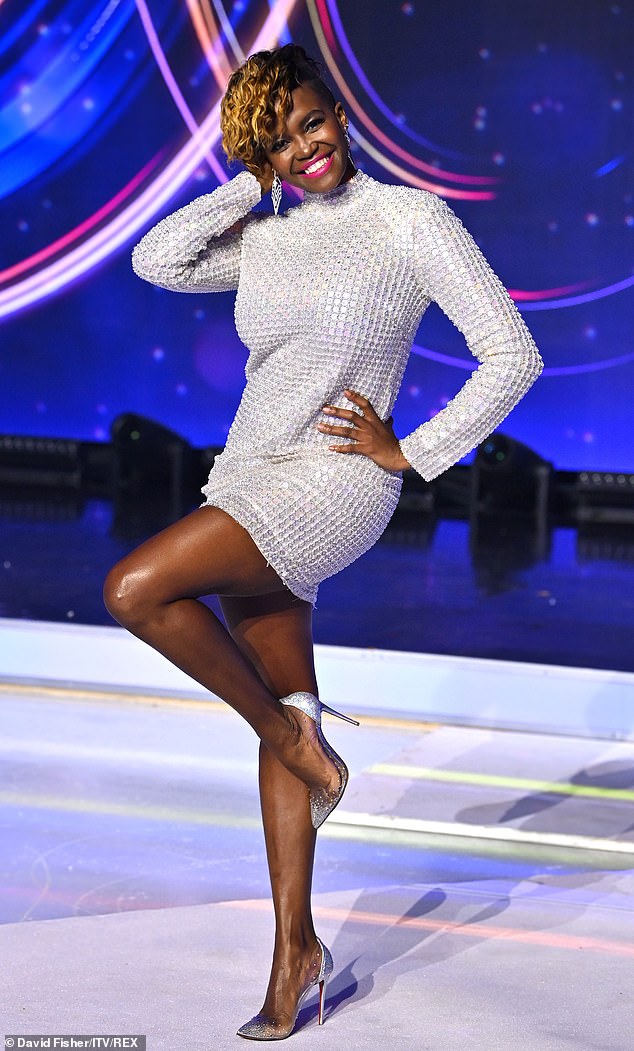 ‘I want a long career’: Oti, who joined Strictly in 2015, revealed BBC bosses ‘congratulated’ her after she landed the ITV job (pictured January 2022)

“Everyone from the BBC who congratulated me said the same thing. They said: be yourself, be honest, say what you see and say what you feel and say how you hope they would improve and improve themselves.

“At the end of the day, it’s about the celebrities and the show and helping them get better to actually win.”

Oti made her jury debut in 2019 alongside Cheryl Tweedy, 38, in BBC One series The Greatest Dancer, but her move to ITV show The Masked Dancer impressed bosses, eventually leading to her role as a judge in Dancing On Ice. .

The South African dancer was also recently revealed as the host of new ITV show Romeo & Duet, telling her Instagram followers this week: ‘My heart is just full of excitement and joy at this announcement.’

Dancing on Ice starts Sunday at 6.30pm on ITV and ITV Hub. 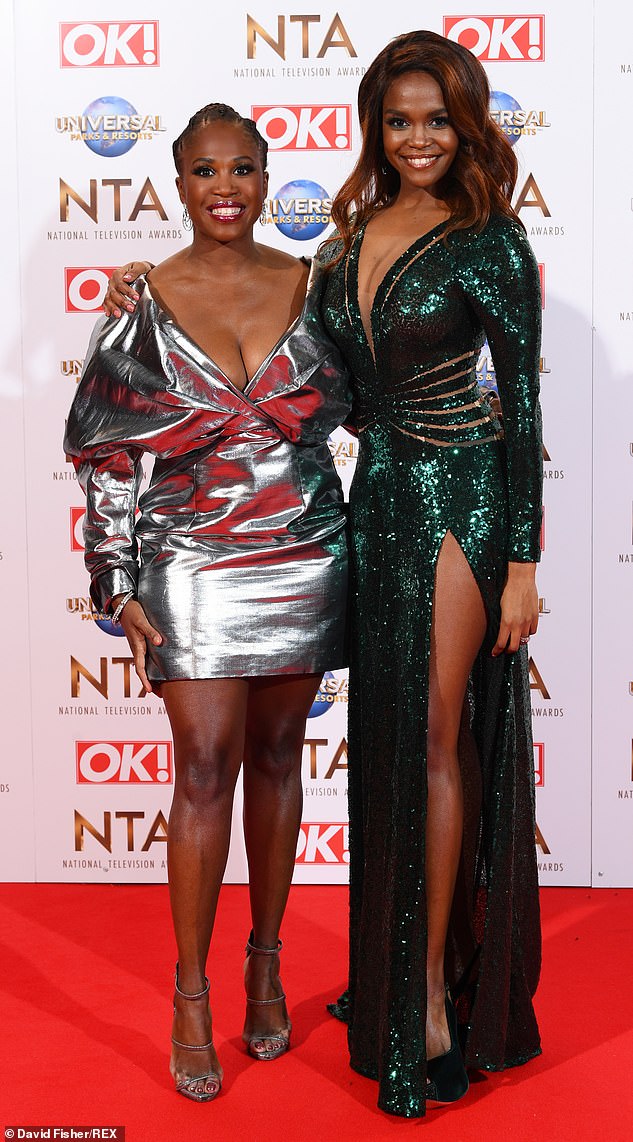 ‘We’re very close’: Strict jury Motsi has guided younger sister Oti’s career, giving her tips on how to become a top judge on TV (pictured in 2020)