‘I Wasn’t Whole’: Why a Grandfather Went Back to College 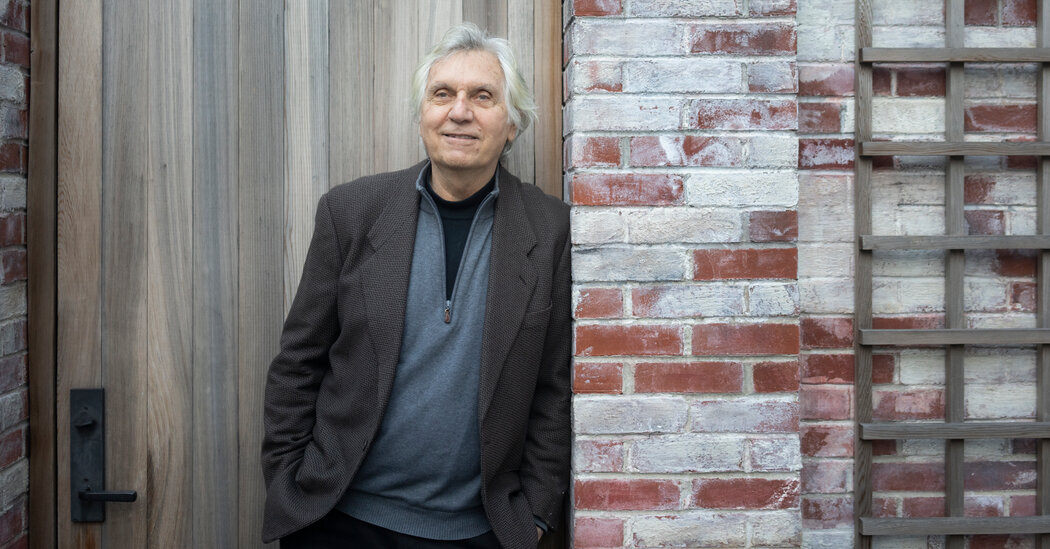 In the fall of 1959, Ciro Scala, fresh out of high school, traveled from Staten Island to an office job in Times Square and in the evenings to City College, uptown on Convent Avenue. The journey home — which relied on the IRT to Lower Manhattan, the Staten Island Ferry, and then a bus to New Brighton — took about two and a half hours, although it sometimes took up to three hours, leaving it at least past midnight. came home . He eventually gave up and stopped attending classes, which he did with a sad layoff.

The youngest of five children, Ciro was the son of southern Italian parents who had opposed assimilation. “They never talked about school,” he told me recently. “We had to work. The whole idea was to get a job. High school, yes, but university was not mentioned after that.” Instead, he had to help support his family.

Moving to Staten Island when Ciro was a teenager meant they had a house with a shower for the first time. Previously, the family lived in a cold-water condominium in Brooklyn on the Williamsburg-Bedford-Stuyvesant border at a time when many factories were still nearby. Bathing was a matter of standing at the counter. Ciro’s three sisters all shared the same bed – two at the head end, one at the foot end. In the summer when it was hot, everyone slept on the roof.

Success, of a kind he hadn’t foreseen, was to come in the next few decades: a climb up the ranks of the textile industry, beginning with a stint in a mailroom; a Brooklyn Heights mansion, bought coincidentally in 1979; a daughter sent to private school; summers on the East End of Long Island. But these features of an urban, prosperous life on the other side of the world from where he’d grown up, just a few miles away, weren’t the endgame. He couldn’t shake the regret he felt about not finishing his education. Now in his 70s, he resumed the journey interrupted so long ago.

“I just never wanted to die without a degree,” he said. “I lived a life. I felt I was successful. But I wouldn’t be whole without that diploma. I didn’t want to leave that legacy to my grandchildren.”

Normally I would have met Ciro at his mansion, where my husband and I rented a top floor apartment 14 years ago. When my son arrived early, in anticipation of the crib I had purchased, we came home from the hospital to find that de Scalas had set up a crib for us in his nursery. We spoke on the phone now because Ciro was understandably nervous about Omicron.

Still, the pandemic had not struck him as a time to languish. While so many others withdrew from their ambitions, he leaned deep into his. A few years earlier, he had returned to City College; at the end of 2020 he had not only completed his bachelor’s degree in political science, but also a master’s degree in history. As moving as that was, it wasn’t the whole story. All over the school he saw versions of himself at age 18 – students simultaneously energized by their ambitions, but also held back by their insecurities or the need to earn money, in conflict with parents who held on to traditional cultural values.

At one point he met a young Egyptian woman who had a clear vision for her future. “She was talking about her family and wanted out,” Ciro told me. The family owned a pharmacy. “She’d say, ‘I’m not just going to be a pharmacist’s wife.’ The family didn’t like it, she was a modern woman who also happened to be a Muslim.”

All this inspired him in yet another direction. Two years ago, he approached Andrew Rich, the dean of the Colin Powell School for Civic and Global Leadership at City College, about setting up a program to help college students who are the first in their families. Theoretically, this is where City College, founded in 1847 as an experiment in educating “all the people”, excels. Only 14 percent of students are white. But the agenda Ciro developed, centered on a series of workshops around themes such as the impostor syndrome, is considered unique in its intensity.

“Much of Ciro’s program is aimed at helping students realize as early as possible how to take full advantage of this place,” said Mr. Rich. This was a direct line to scholarships and paid internships. “Ciro brings a distinctive dedication and compassion to ensure these children make it to college.”

Returning to school after nearly 60 years had presented its own set of bureaucratic challenges. The high school Ciro attended in Brooklyn was unable to provide his transcript, which turned out to be on microfiche and so might as well have been preserved in bark. City College had kept up with his time there, but he was told he still had to pass an entrance exam.

“I said, ‘What kind of test should I do? I opened a business; I have closed a business. I traveled the world. I haven’t done algebra in a million years.’” Finally he found someone who just enrolled him; he started again, with a single course on the presidency. “And then I just kept going,” he said, “because time was of the essence.”

As he went on a mission among people decades his junior, he didn’t think he would get a social life, but his classmates drew to him – students from the Middle East, Africa, the Caribbean. “After class, we were done and they said, ‘Hey, Ciro, what are you doing? Do you want to go get some coffee?’ and i would think What?” One evening he found himself joining his new friends to listen to music in a tavern in Gowanus.

With Mahir Syed, whom he met in a class called The Historian’s Craft, he became involved in an ongoing text chain about the Yankees. Sadaab Rahman befriended Ciro during a class on African-American political thinking. “He came in with a notepad; everyone else was on their laptops,” Mr. Rahman, now a law student, told me. He was impressed by the way Ciro modeled how to use his voice in class, but also how he held back and let others speak. “He really helped people speak their truth; it was like having another professor in the class, a coach.”

In 2020, after graduating, Ciro decided he wanted to teach. Last year, he reached that goal when he was about to turn 80. Professors sent him out on the market with letters of recommendation too large to praise his leadership and academic rigor, and were convinced that he would become an “extraordinary teacher.” He sent many applications, some to charter schools, where he thought he would be particularly valuable, but to no avail as they usually favor young graduates of liberal arts colleges, who often have little in common with the students they teach.

However, a few months ago, he was called back by Mary McDowell, a private Brooklyn school that specializes in children with learning disabilities. Soon after, he began working there most days as an itinerant substitute teacher, working with high school students. “Being surrounded by young people gives me immense satisfaction,” Ciro wrote to me one afternoon. “I recommend it to all adults. Spend time with young people. Don’t put on the ‘mentorship’ hat. I think that’s a turn off for kids. Meet them at their level. Listen!”

Energy ended last year as a good bet. But what now?

The SAT will become fully digital by 2024

Attack of the right-wing thought police

A legacy lives on in Brooklyn