Boris Johnson apologizes to the queen for 2 pandemic parties in Downing Street. 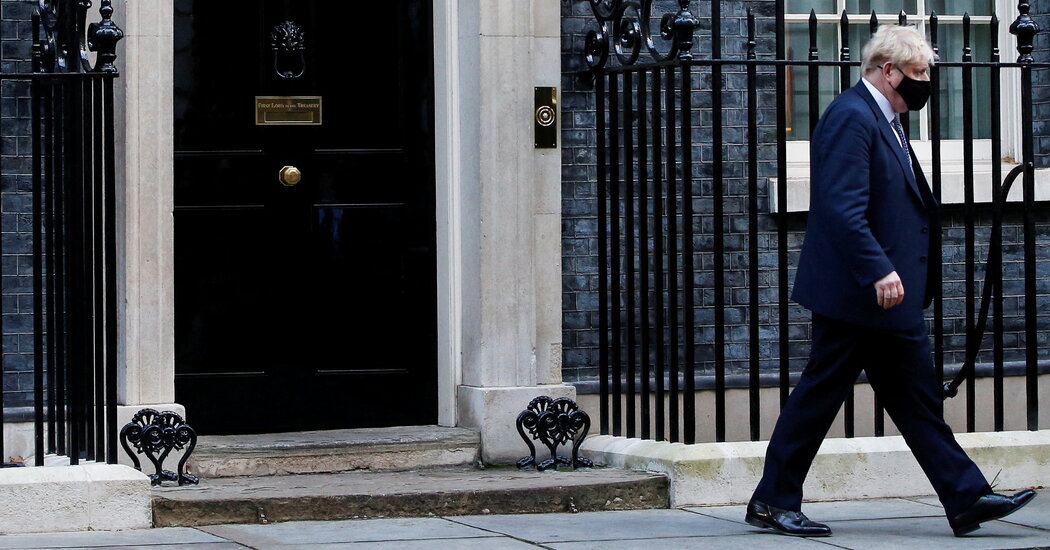 LONDON – As the end of a week of abject remorse, Prime Minister Boris Johnson of Britain on Friday apologized to Buckingham Palace for the raucous celebrations held in Downing Street the night before Queen Elizabeth II buried her husband, Prince Philip, in a social distant ceremony that left her grieving alone in a choir stall.

Mr Johnson, who apologized in parliament on Wednesday for attending a garden party during a 2020 lockdown, was not present at either meeting. But reports of more alcoholic conviviality in Downing Street on the eve of a somber funeral ceremony remembered for its poignant image of an isolated, masked monarch dealt another blow to an already shaky prime minister.

“It is deeply regrettable that this took place at a time of national mourning,” a Downing Street spokesman said as outrage at the parties mounted, “and No. 10 has apologized to the palace for that.”

The bacchanal details of the two sides on April 16, first reported in the Daily Telegraph, are vivid. For one of them, the newspaper said, a staff member was sent to a nearby store to fill a suitcase with bottles of wine. An assistant acted as a disc jockey, and the revelers went on into the wee hours, even breaking a backyard swing used by Mr. Johnson’s toddler son, Wilfred. Mr Johnson was away at the prime minister’s country retreat, Checkers, officials said at the time.

Among the events was a farewell party for a Downing Street press spokesman, James Slack, who was leaving to become deputy editor of The Sun, one of Rupert Murdoch’s tabloids. The Sun reported on the party after the competition broke it.

“I want to apologize unconditionally for the anger and pain caused,” Mr Slack said in a statement on Friday. “This event should not have happened at the time it happened. I am very sorry and take full responsibility.”

For coronavirus testing, the nose may not always be the best

Eddie Basinski, who played both the infield and fiddle, dies at 99