Purrfectly cute! Cat Who Looks Just Like Puss In Boots With His Red Hair And Begging Eyes Becomes An Instagram Star

By Stephanie Linning for Mailonline

This adorable kitty has become an Instagram star thanks to his striking resemblance to Puss in Boots.

Pisco the cat, who lives in New York, has red hair and large, pleading eyes, much like the Shrek 2 character voiced by Antonio Banderas.

The photogenic feline has become a social media sensation with snaps of him posing in cute costumes and cuddling with his owners. 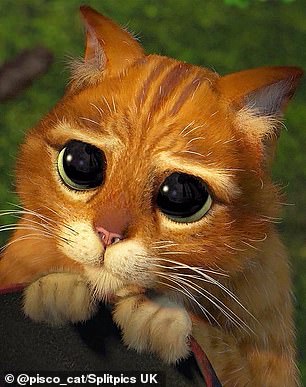 Who could resist? Pisco the cat, who lives in New York, has red hair and large, pleading eyes, much like the Shrek 2 character Puss in Boots, voiced by Antonio Banderas 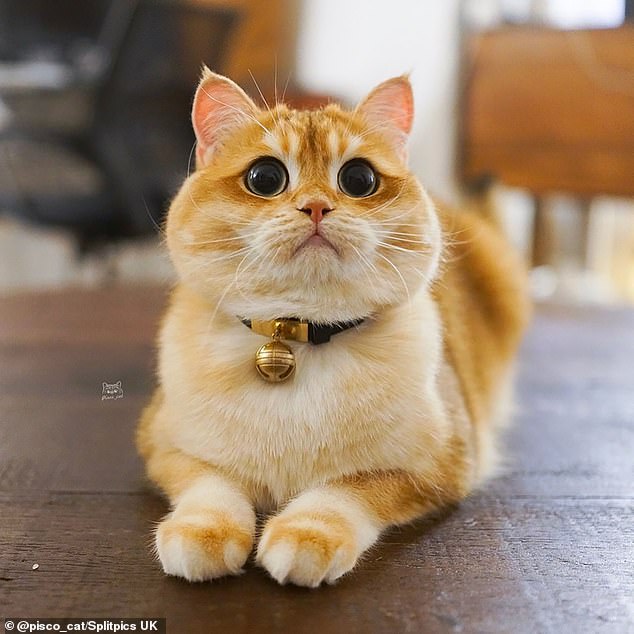 A-paw-state! The photogenic kitty has become a social media sensation with snaps of him posing in cute costumes and cuddling with his owners

Writing in a Q&A on Instagram, the owner of Pisco explained that the British Shorthair was skittish, but has become more palpable over time.

“When we first got Pisco, he wasn’t the teddy bear he is today,” she wrote. “He was very skittish and wouldn’t want us to hold or touch him.

“But every day we show him that it’s okay and we wouldn’t force him to hug or grab him. He soon became a lot more confident and started to get curious.

“And now he’s a super teddy bear and loves to cuddle.”

Instagram users can’t get enough of Pisco and even clamored for merchandise. 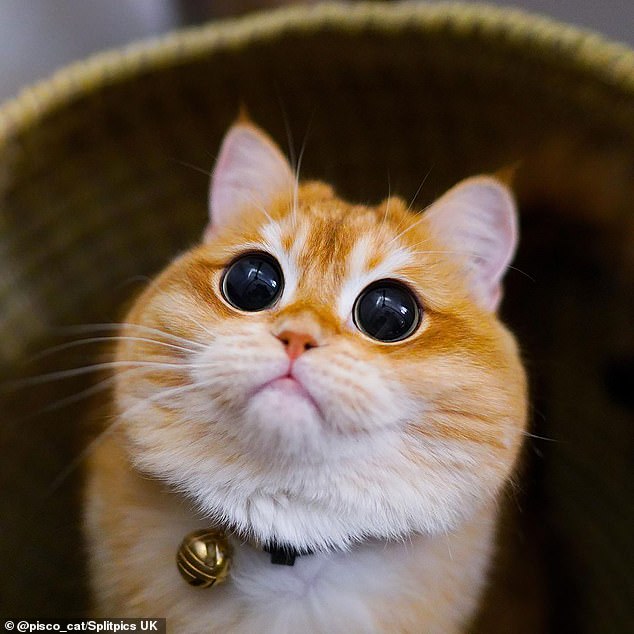 Feline extra cute! Pisco, pictured in an Instagram snap, has slowly learned to be cuddly 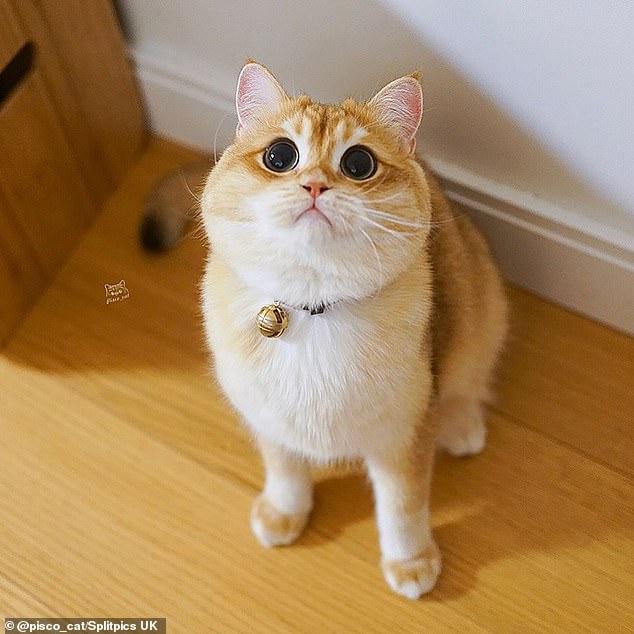 Look into my eyes: The British Shorthair’s pleading expression is making fans swoon

One posted: ‘I WANT A PISCO CAT SHIRT FOR CHRISTMAS…what more can I ask for than that [sic].’

A third added: “What a beautiful boy.”

Puss in Boots was known to go from a daring fighter to a gentle kitty who softened his enemies with his cute expression.

And obviously anyone would struggle to resist the charms of Pisco.