Beauties on the beach! Miss Universe candidates frolic in the Dead Sea

Miss Universe candidates enjoyed a day out at the Dead Sea after arriving in Israel ahead of the pageant, which will be held amid tighter Covid-19 restrictions.

Beauty queens from some 80 countries will compete this week in the preliminaries ahead of the live final in Eilat on December 12.

Israel announced on Saturday that it would ban foreigners from entering the country, extend quarantines for citizens and residents returning from abroad, and reinstate controversial cellphone surveillance designed to detect infections.

However, the Miss Universe contestants were given waivers to be able to enter the country without having to go into quarantine.

Enough to celebrate! Miss Universe finalists pose for a group photo on the shores of the Dead Sea on a Saturday day out. They have arrived in the country ahead of the final next week, which will take place despite the tightening of Covid-19 restrictions 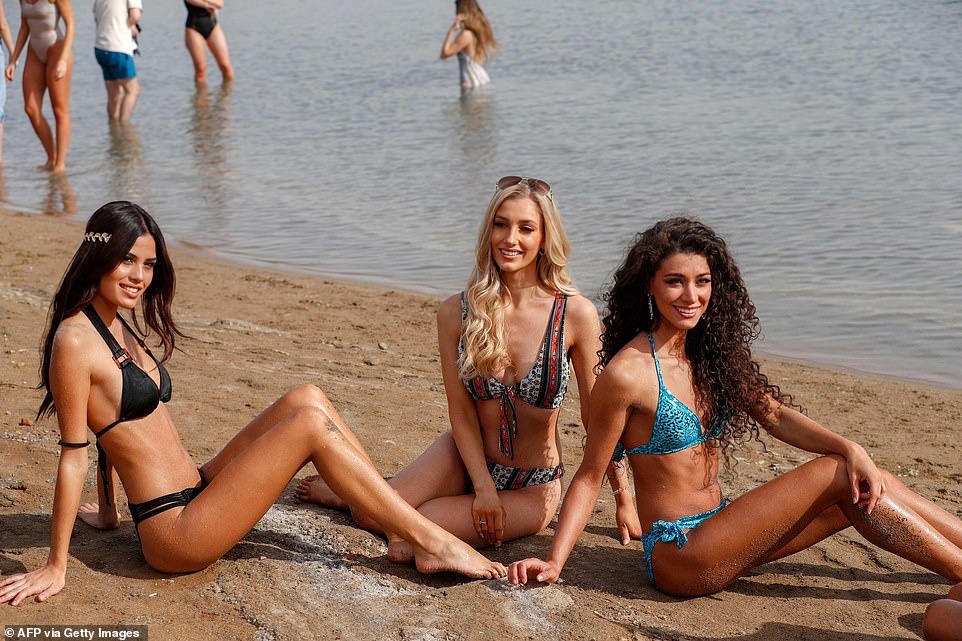 Fun in the sun! Three beauty queens pose for photos during the day trip, followed by lunch at a chic restaurant 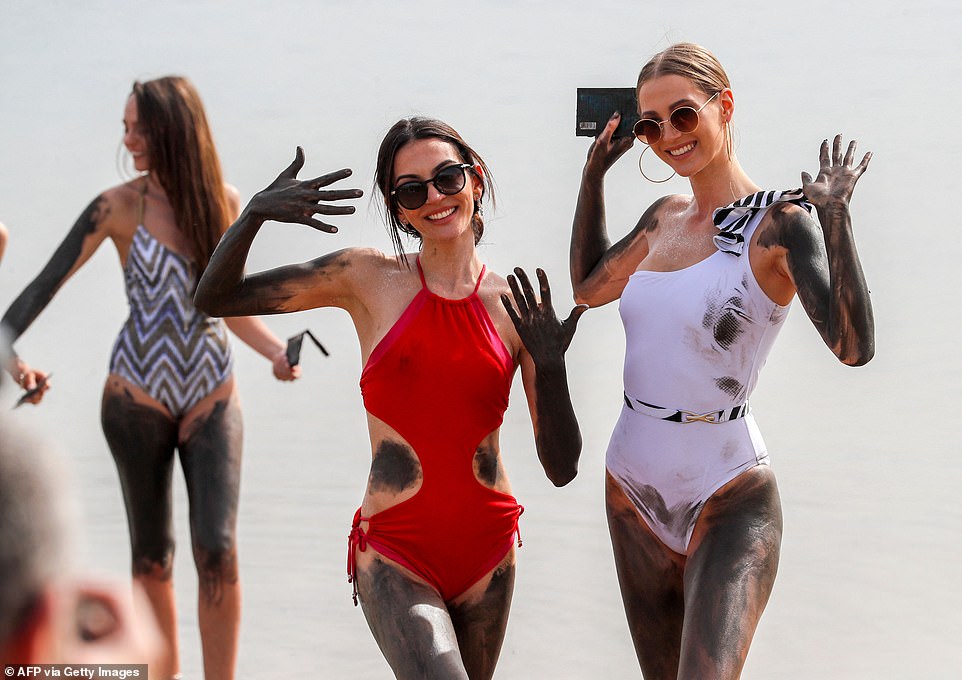 DIY beauty: The election contenders smeared their bodies with Dead Sea mud as they let loose on the beach 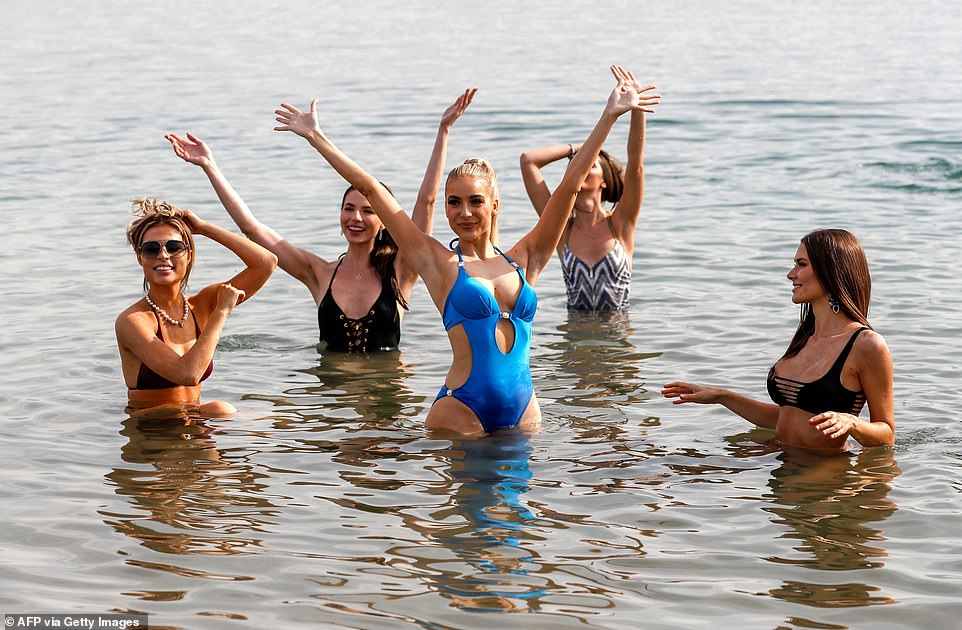 Here we are! The Miss Universe contestants, pictured, were allowed to enter Israel despite a ban on foreigners 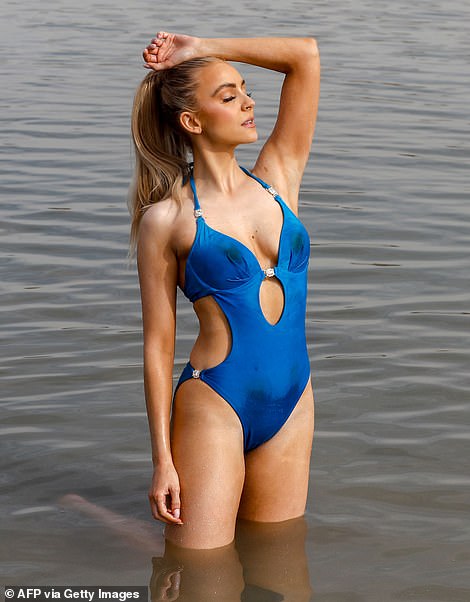 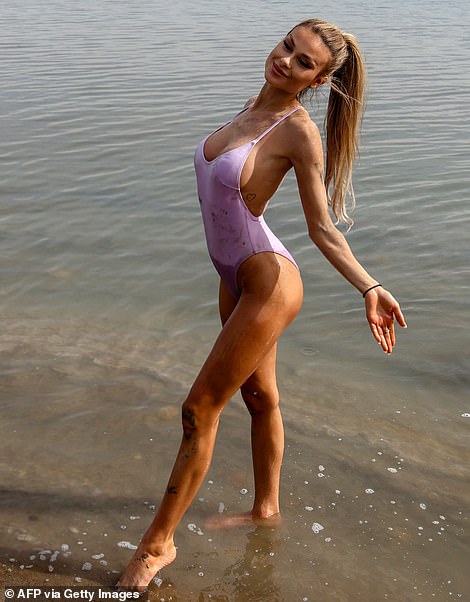 Finding their light: Some beauty queens took the opportunity and held impromptu photo shoots, in the picture 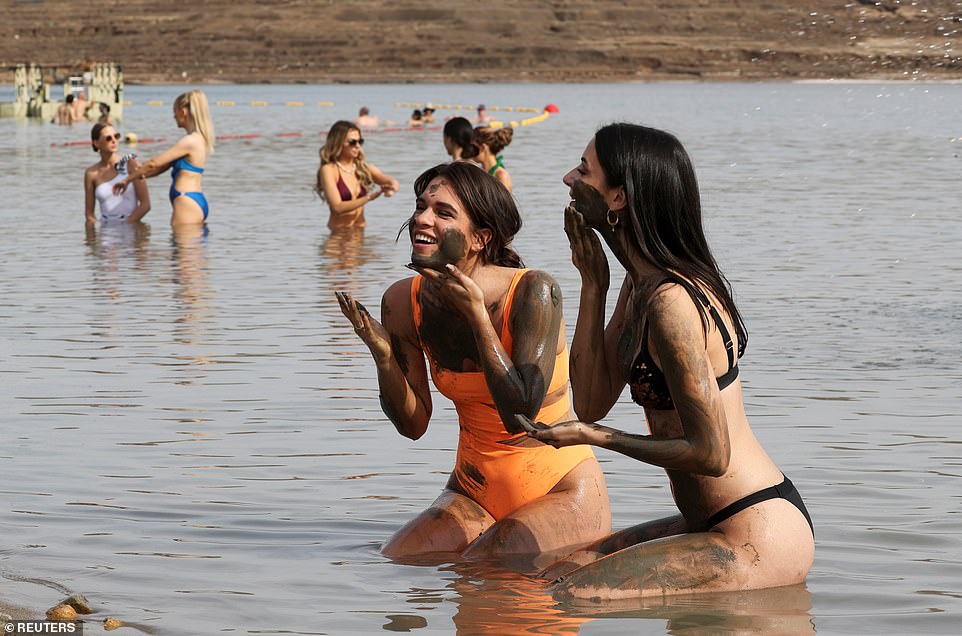 Skincare savior: Several queens have made the most of their stay at the Dead Sea, where the sand has coveted beauty properties 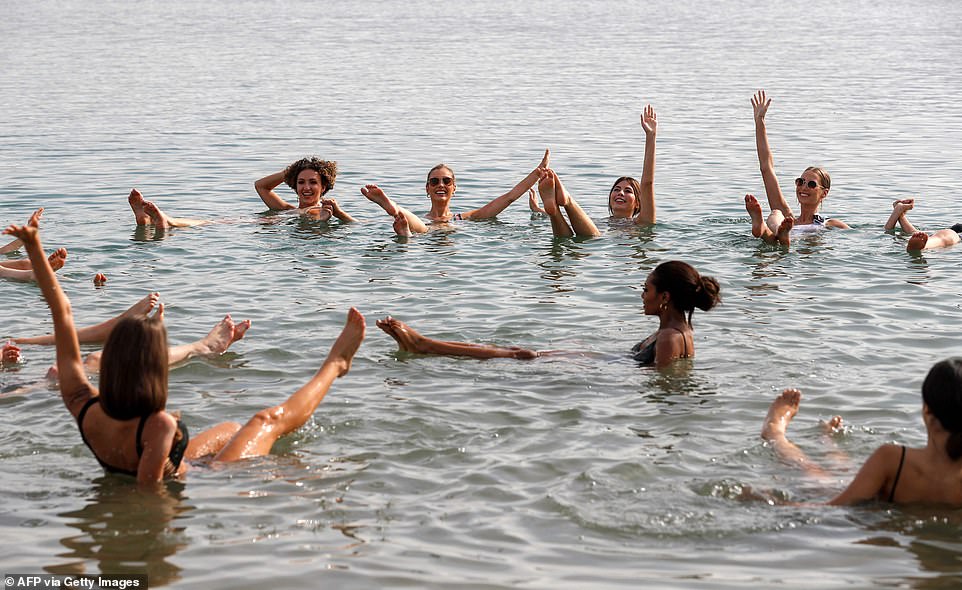 Kick back! The hopeful Miss Universe floats in the Dead Sea as they share a lighthearted moment on their day out 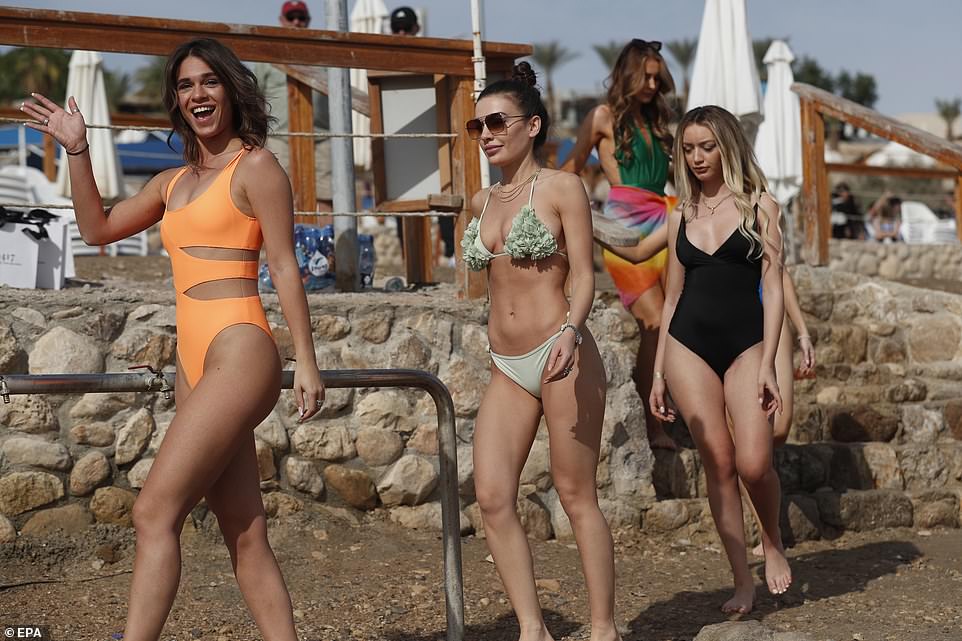 Here they come! A radiant queen led the way as the group arrived at the beach for a few hours of relaxation

Tourism Minister Yoel Razvozov suggested the beauty queens could be subjected to PCR testing every 48 hours, though it’s not clear whether the plan will go ahead.

Miss France, Clémence Botino, has been forced to quarantine for 10 days at a government hotel after she tested positive for Covid-19 on arrival. It is thought that she will be released in time to participate in the live show.

Today, the beauty queens donned their swimsuits and bikinis for a photo shoot at the Dead Sea, before heading out for lunch at a luxury restaurant. Previously, they took part in a promotional visit to the headquarters of the Israeli flag carrier El Al.

The women arrived with face masks in their hands, but did not wear them as they frolicked on the beach and enjoyed homemade mud baths. It can be seen on social media that they also did not wear masks when they traveled to the coast. 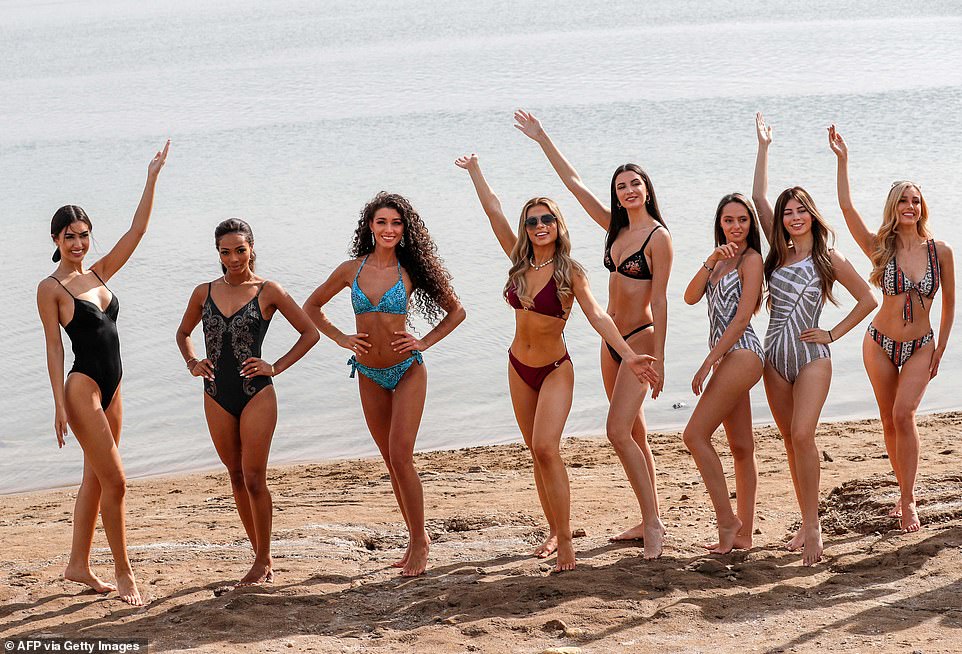 Practice a lot! The beauty queens showed off their pageant skills and orphans and posed during the outing to the Dead Sea 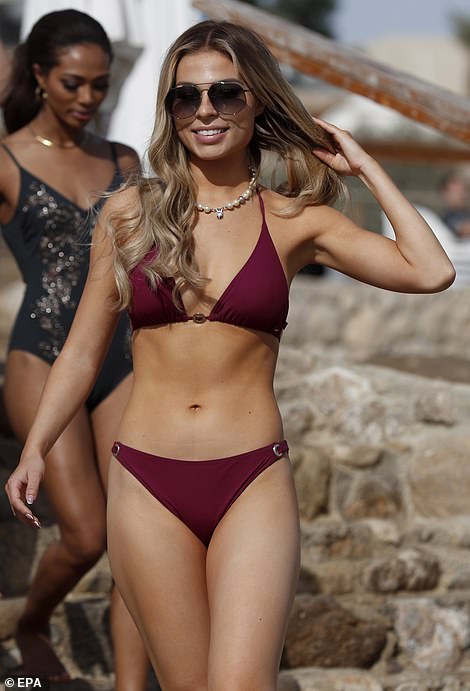 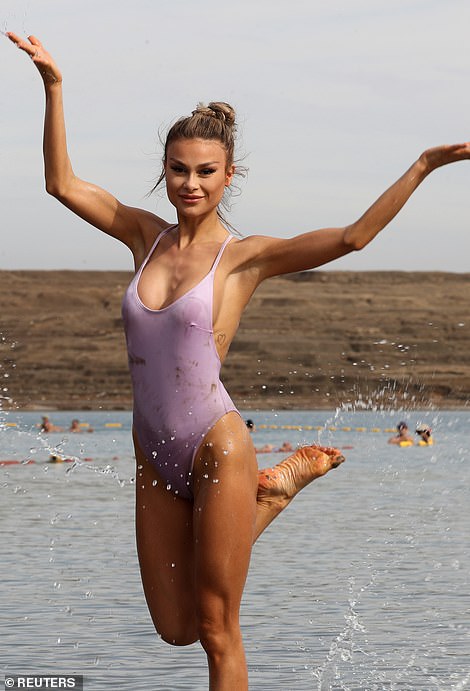 Sensational in swimwear: one of the Miss Universe contestants brushed her hair out of her face (left), another jumps for joy 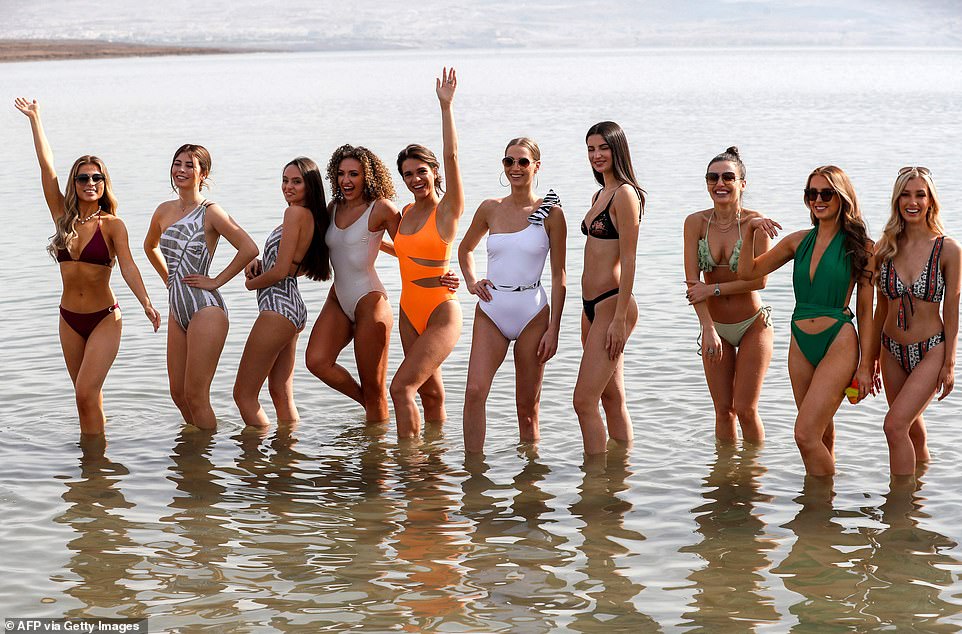 Here come the girls! One-shoulder swimsuits, cut-out one-pieces and skimpy bikinis were all featured in the Dead Sea 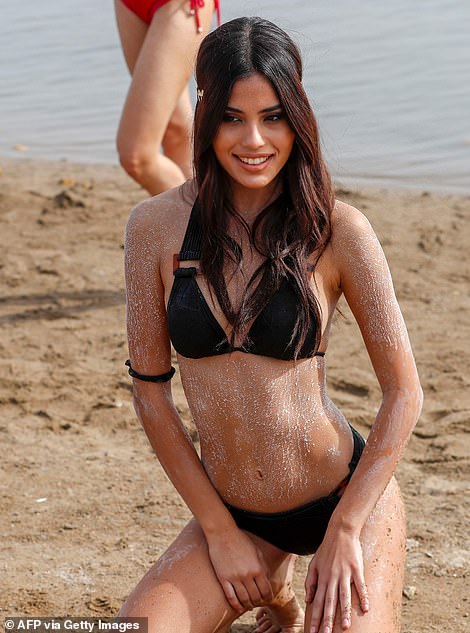 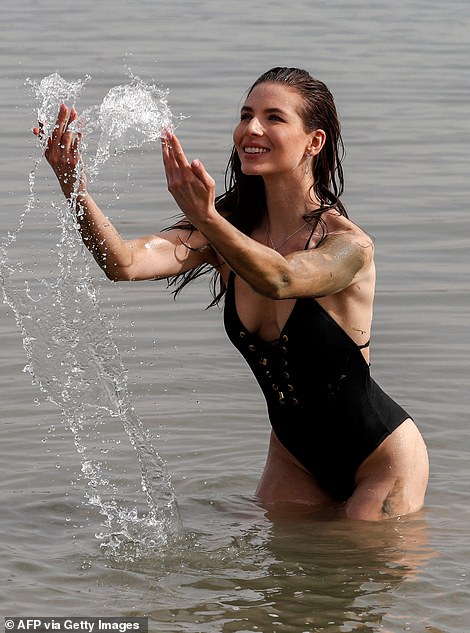 Working with the camera: The queens posed on the sand (left) and flashed water to take Instagram-worthy photos at the Dead Sea 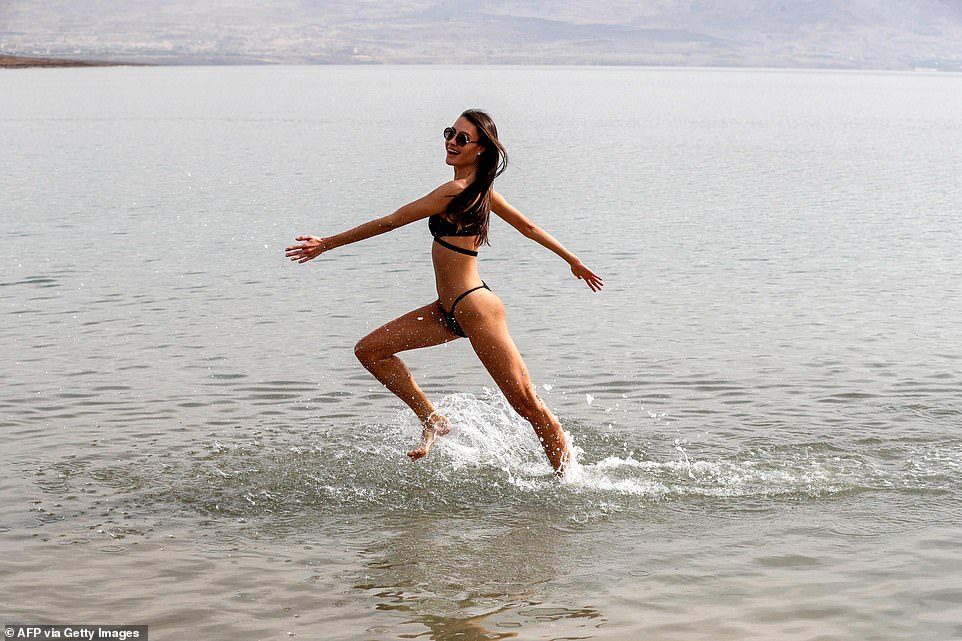 Best Leg Forward: A Miss Universe contestant runs through the shallows on a day out to promote the Dead Sea region 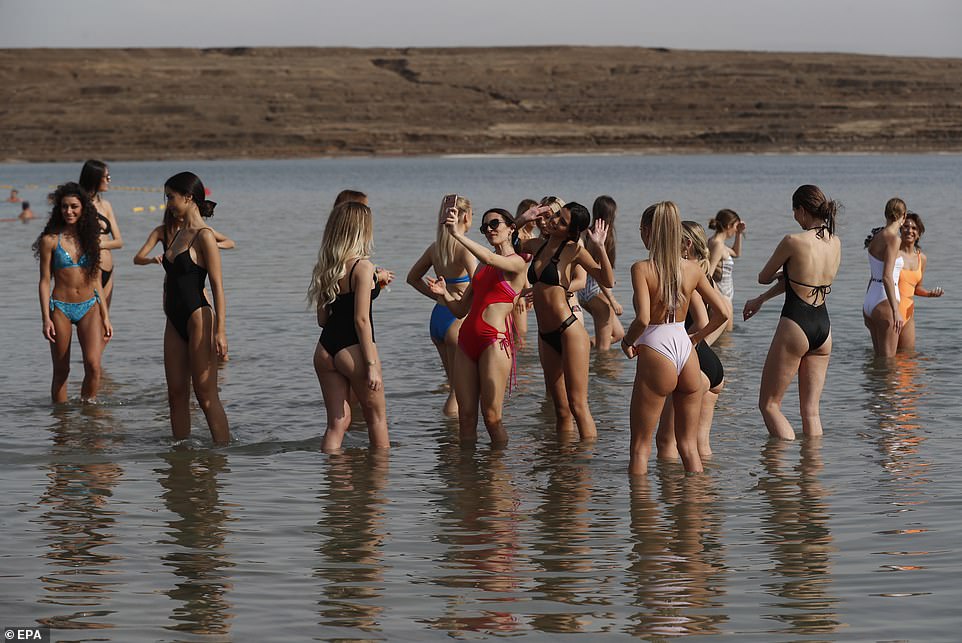 But let me take a selfie first: One Miss Universe contestant couldn’t miss the photo opportunity, while others were chatting together

Announcing the decision to grant waivers for Miss Universe contestants, Mr. Razvozov said: “This is an event that will be broadcast in 174 countries, a very important event, an event that Eilat also desperately needs,” he said. him to reporters. for the weekly cabinet meeting.

“We will know how to manage this event. So by using the waiver committee we get events like this, which the country has already committed to and cannot cancel.”

Sharon Alroy-Preis, a senior health ministry official, said at a briefing to a parliamentary committee last week that Israel was preparing a security plan for Miss Universe and could restrict entry to the pageant from countries identified as high-risk. considered. 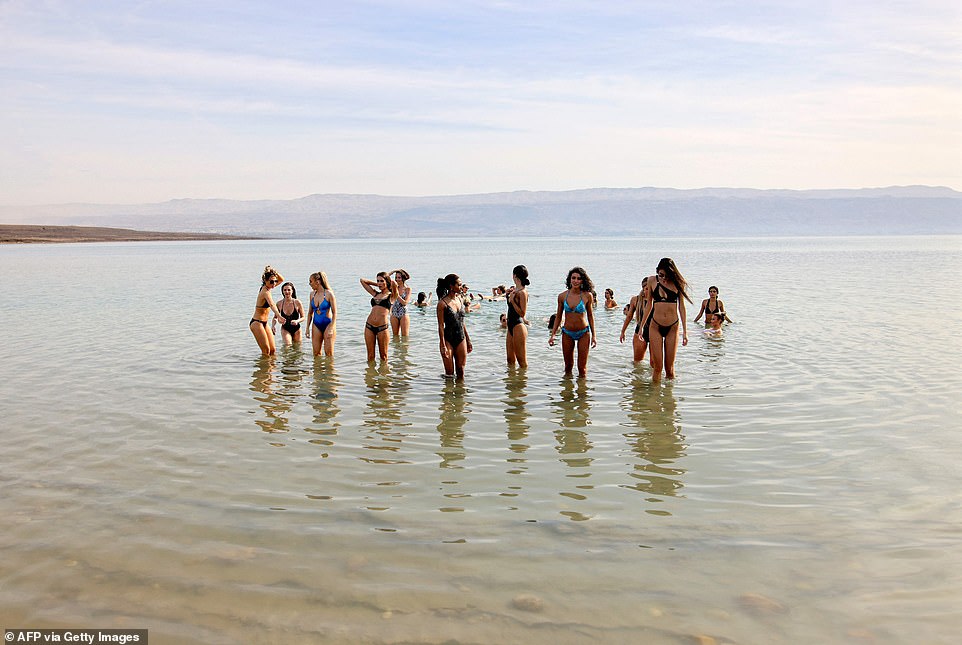 Breathtaking backdrop: The hopeful Miss Universe will promote some areas of Israel during their visit to the country 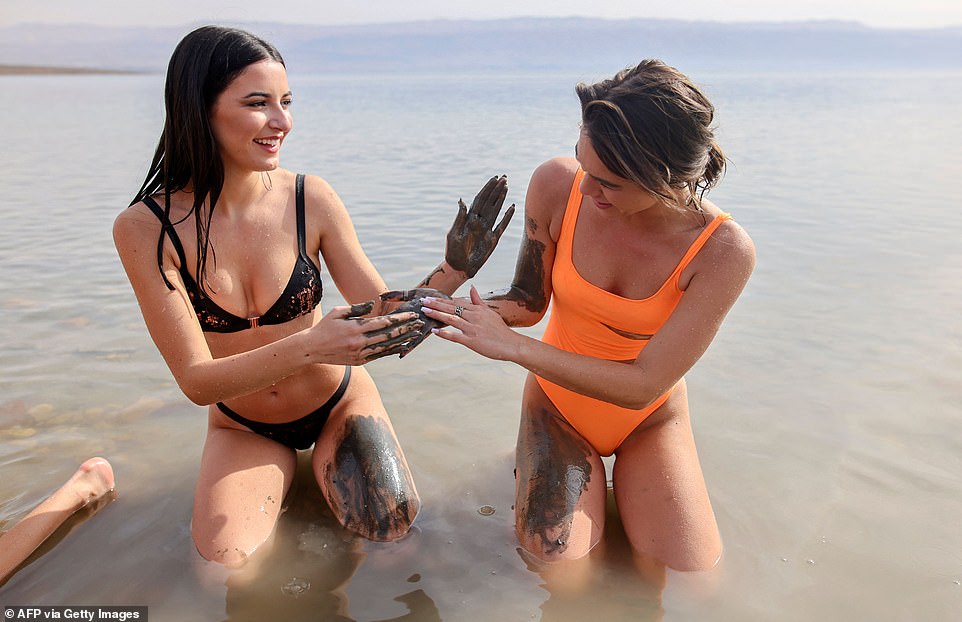 Helping hand: Two Miss Universe contestants rubbed mud on each other’s bodies during the group trip to the Dead Sea 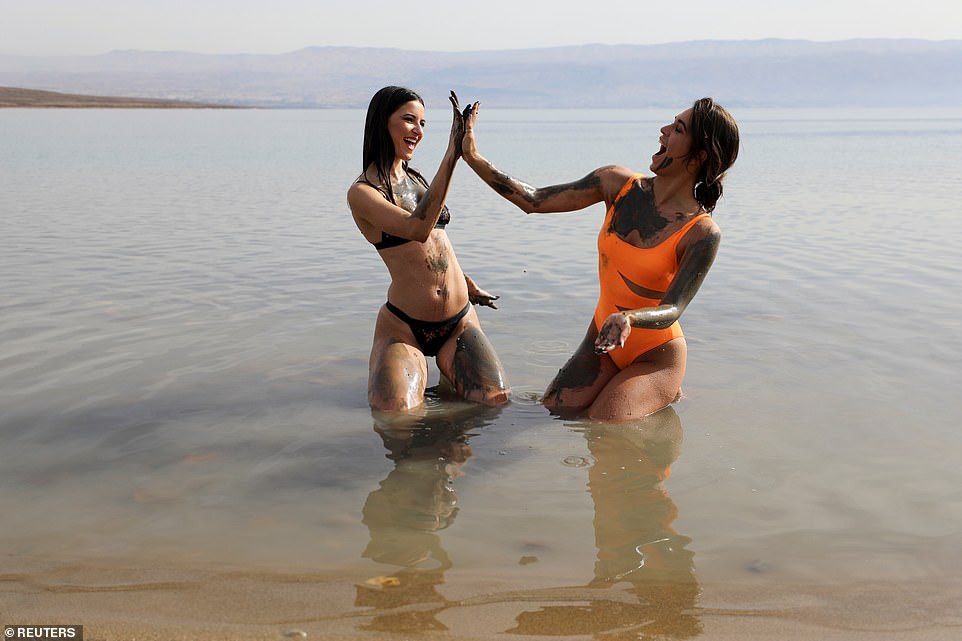 Give me five! Some of the group got playful during their visit and smeared each other’s bodies with Dead Sea sand 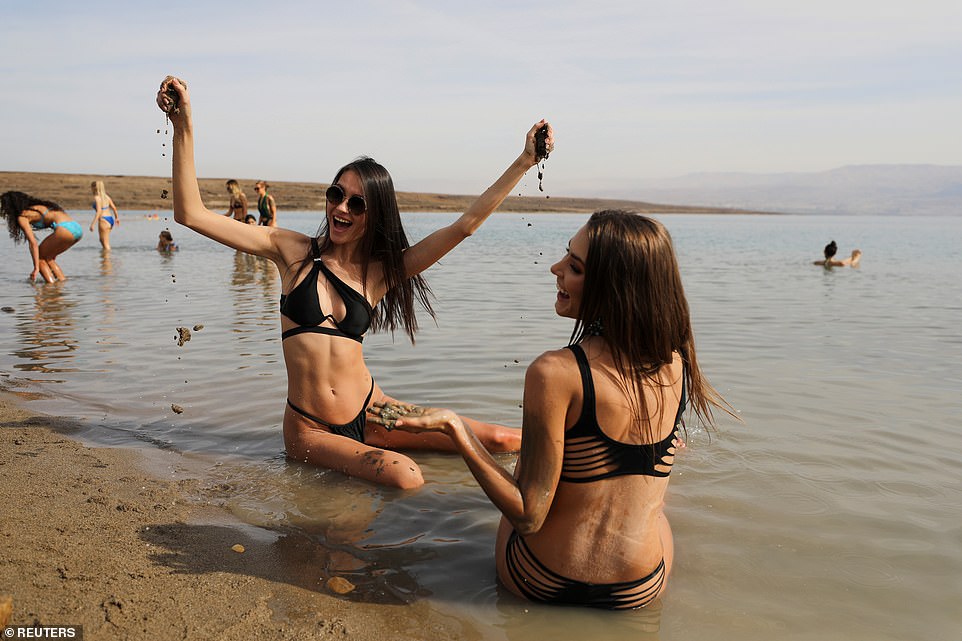 Radiant Queens: Two Miss Universe contestants in bold black bikinis flashed a smile for the camera on the day out in Israel

Alroy-Preis tried to downplay the planned reintroduction of cell phone tracking using technology developed by the Shin Bet counter-terrorism organization. The practice, opposed by privacy watchdogs, was largely suspended by May 2020.

In an effort to locate possible new Omicron carriers and prevent outbreaks, tracking of seven people would be conducted for each confirmed case, she said.

“We’re talking surgical use,” she said. “We’re not talking about thousands of people.” 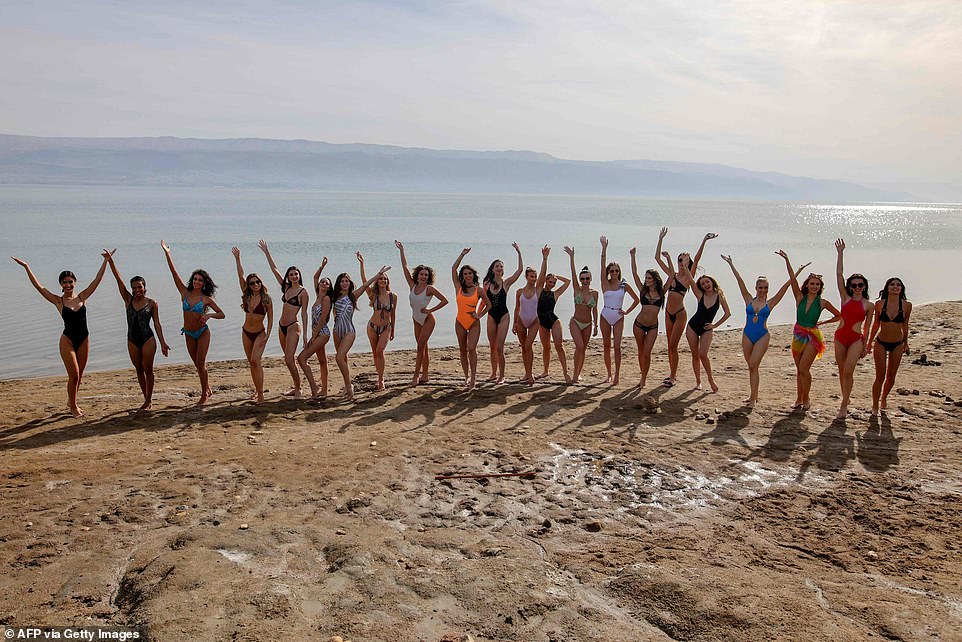 All glamour! Some of the Miss Universe contestants who arrived for the finals Sunday night

Amazon’s most popular slow cooker is currently reduced to just £16.99