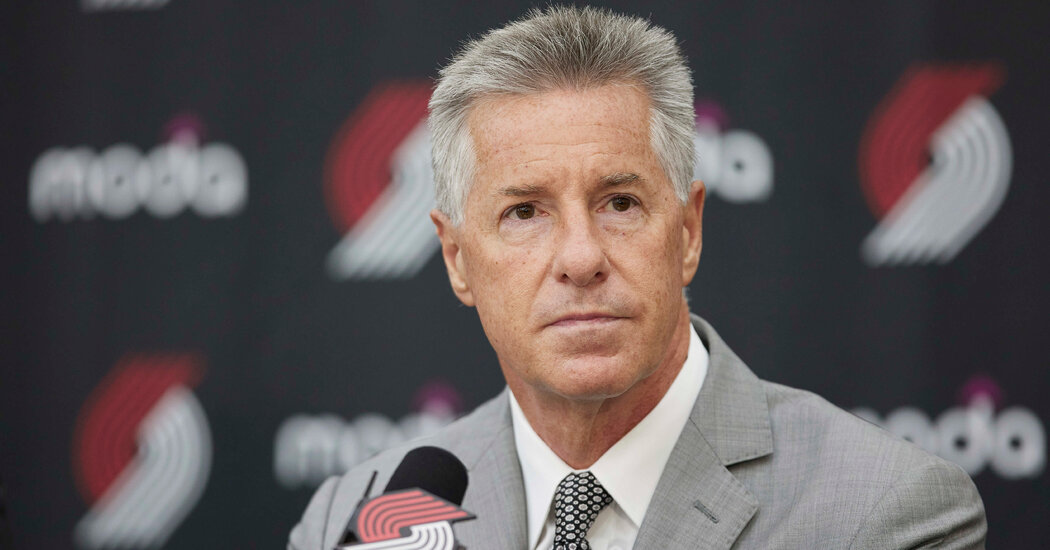 The Portland Trail Blazers fired Neil Olshey, the chief of basketball operations, on Friday citing “an independent review of concerns and complaints about our work environment at the practice facility.”

The Blazers gave no further details about the investigation in the statement announcing the resignation “out of respect for those who took part candidly”.

Olshey was hired as general manager of the Blazers in 2012, and was promoted to president of basketball operations in 2015.

This is a groundbreaking story and will be updated.

Biden has a cold and blames his grandson

Rylan Clark-Neal shares a selfie after his latest procedure