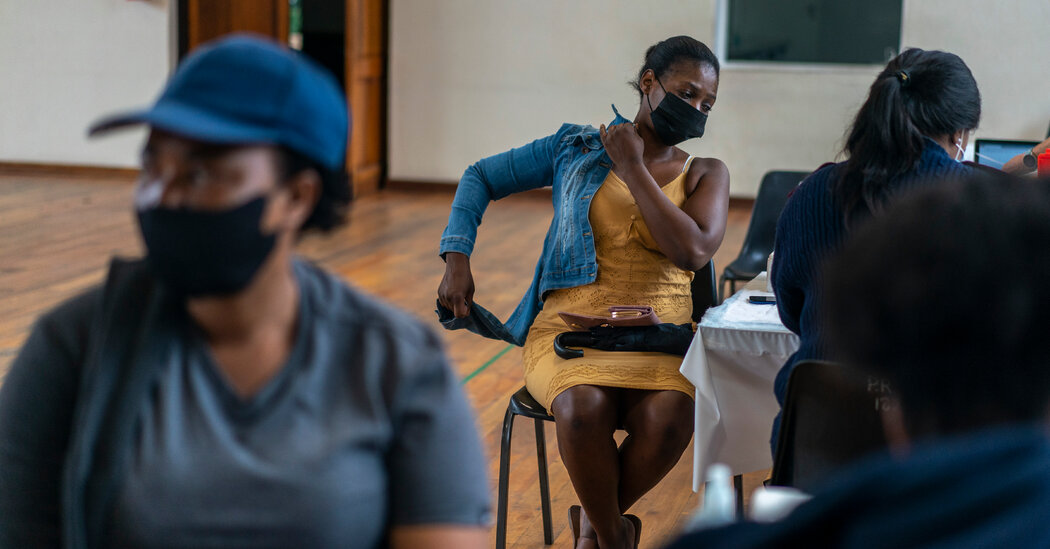 A previous coronavirus infection seems to confer little immunity to the new Omicron variant that is surging around the world, South African scientists warned on Thursday, potentially stripping away a layer of defense that humanity has been slowly and at a tremendous cost.

Just a week after its existence was revealed to the world, the heavily mutated variant, which scientists fear could be the most contagious yet, is already by far the dominant form of the virus in South Africa and it is spreading quickly, according to officials there. Europe’s top disease experts said on Thursday it could be the dominant form in Europe within months.

On Thursday, Omicron was detected in 25 countries on six continents, and experts say it will soon be in every populated corner on Earth. That could mean that a world already battered by two years of pandemic and – until recently – harboring hopes of recovery, is instead heading for another wave of cases.

Scientists have known since the start of the pandemic that the immunity gained from a coronavirus infection is not total, and probably not permanent, and that some people are reinfected. Still, with a huge number of people already infected and recovered — about 260 million worldwide who have been detected, and in reality many more, experts say — whatever protection they had seen was an important layer in the world’s defenses.

The new variant questions that.

Scientists in South Africa reported a sudden, sharp rise in coronavirus cases among people in that country who were already infected in November, in a study that has not yet been reviewed and published by a scientific journal. The authors noted that there was no such revival when the beta and delta variants emerged.

They didn’t say how many of those reinfections could be attributed to Omicron, but the South African National Institute of Communicable Diseases reported on Wednesday that when it conducted a genetic analysis of a sample of coronavirus-positive test results from November, nearly three-quarters of the new variant.

“Population-level evidence suggests that the Omicron variant is associated with a significant ability to evade immunity to previous infection,” the authors of the unpublished study wrote.

In an online briefing held by the World Health Organization’s regional office for Africa, South African scientists presented a blunter version of the same conclusion, based simply on the country’s raw numbers: About 40 percent of the population has had the coronavirus and about 30 percent of the population has contracted the virus. percent have had it. are at least partially vaccinated (although there is undoubtedly some overlap), and yet the number of new cases is rising.

“We believe that a previous infection does not protect them against infection by Omicron,” said Anne von Gottberg, a microbiologist at the Institute of Infectious Diseases.

South Africa has the world’s fastest growing caseload, although the numbers are small compared to many other countries. In the first half of November, there were an average of about 260 new cases per day. On Tuesday, the figure was above 4,300, the highest in months. It jumped to more than 8,600 on Wednesday and to more than 11,500 on Thursday.

The Omicron variant has dozens of genetic mutations not seen before in the virus, and scientists say the number and type of changes suggest it is much more transmissible than previous forms, although solid evidence for this is still lacking.

In fact, many crucial questions about the variant remain unanswered: Does previous infection protect against serious illness, if not infection? Do Existing Vaccines Provide Strong Immunity Against It? Is the disease it causes usually milder, as some early reports have suggested?

Shifting views on boosters among experts. For months, many public health experts have opposed plans to roll out Covid booster shots to all adults. But as Omicron gains ground, researchers change their minds and now believe that the shots can provide the best defense against the new variant.

It will take weeks for answers to emerge, but even if there are none, many governments around the world are taking action by imposing new travel restrictions, particularly from southern Africa, and stepping up vaccination and testing efforts. South Korea announced on Thursday that all travelers entering the country must be quarantined for 10 days, including fully vaccinated South Koreans, who were exempt.

On Thursday, President Biden outlined a strategy that would include new vaccination sites for families, booster shots for vaccinated adults and widespread availability of virus testing at home, free to consumers. As Omicron cases were reported in the United States, he introduced a new requirement that every international traveler to the country shows a negative test result from a sample taken within a day of departure.

German leaders agreed on Thursday to exclude unvaccinated people, except those who have recently recovered from a coronavirus infection, from much of public life, by barring them from bars, restaurants, most shops and other locations. And Olaf Scholz, who will become the new chancellor next week, said he will try to make vaccination mandatory for all adults. That would make Germany the second country in Europe to do so, after Austria.

The Greek parliament voted on Thursday to make vaccinations for people over 60 years old.

Europe is already suffering from the largest wave of pandemic to date, driven by the Delta variant, previously the most contagious form of the virus. Fewer people are getting seriously ill and dying than a year ago before the vaccines were rolled out, but the rise was enough to put a new strain on health care resources, forcing several countries to backtrack on their return to normal. life.

Hundreds of Omicron cases have already been found in Europe and the rapid spread has raised fears that the current wave will be extended. Early evidence suggests that Omicron may have “significant growth advantage over the Delta” variant, the European Center for Disease Prevention and Control reported Thursday.

“If this is the case,” it said, “mathematical modeling indicates that the Omicron VOC is expected to cause more than half of all “coronavirus infections in the European Union” in the coming months.