A man in Italy tries to get an injection into a fake arm to qualify for a vaccination certificate. 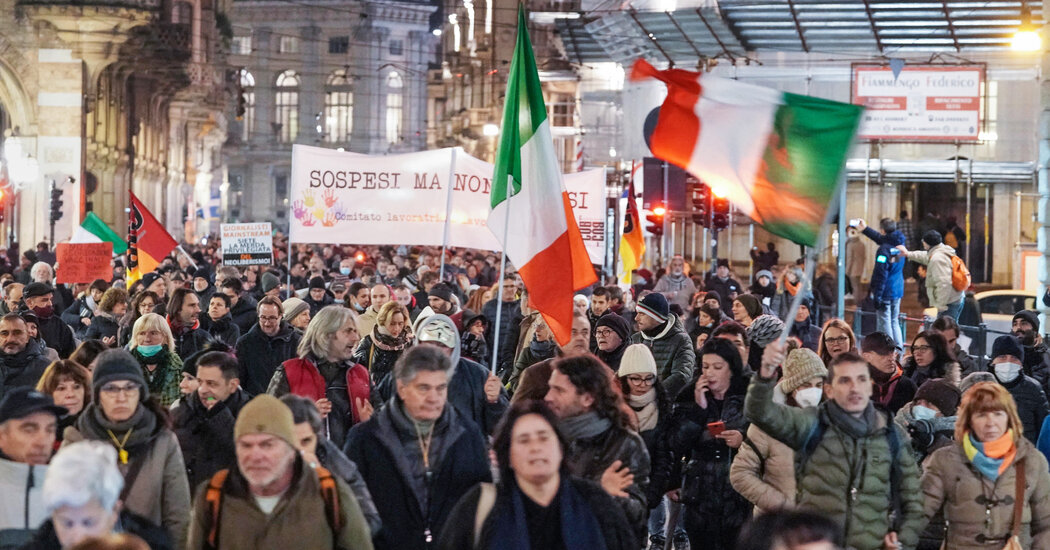 On Thursday morning, an experienced nurse at a vaccination center in Biella, Italy, was confronted with something she had never seen before.

The nurse, Filippa Bua, was preparing to give a man a dose of Covid vaccine when she realized that the small piece of arm he offered in a gap between his sweatshirt and T-shirt looked much pinker than his face .

When she touched it, she realized what was wrong.

The man – whose identity was not disclosed for privacy reasons – was wearing a thick theater corset covered with foam rubber, to which two foam arms were attached, according to Ms Bua. She added that it was “pretty well made”. His goal, she said, was to get a vaccination certificate so he could go to work without actually getting the shot.

The ruse was the latest and arguably most original episode of vaccine evasion in the battle between the Italian government and the country’s anti-vaccine faction. Italy seems to have fewer vaccine skeptics than other European countries, but apparently some in that camp are very determined.

About 13 percent of Italy’s adult population has not had a single injection and the number of cases has been rising since mid-October.

The country has taken several measures to encourage skeptics to get a vaccine. It was the first in Europe to mandate vaccinations for health professionals, and then broadly required people to obtain a health certificate or green pass to participate in many social activities and go to work.

Last week Italy announced that people need proof of vaccination to sit in bars and restaurants, and the same proof from all hospital staff, teachers and law enforcement officers.

But those who fought against vaccination got more creative. Reports emerged of a trade in fake health cards on Telegram groups and of anti-vaccination doctors injecting their patients with saline instead of vaccine to get a certificate.

However, the attempt to get vaccinated in a fake arm is arguably the boldest plan that has come about.

Ms Bua said that following the expansion of vaccination requirements, more patients have shown up for their first injections, albeit mostly with trailing feet. Some urged her to inject them quickly, some cried and some cursed the government or their children for forcing them down the vaccination line.

The foam-armed man, on the other hand, was pleasant and serene, she said, though her own reaction was anything but.

“It was so humbling,” said Ms. Bua, “the thought of a nurse not being able to tell the difference between foam rubber and skin.”

Health authorities reported the incident to the police. Alberto Cirio, the president of the Piedmont region where Biella is located, said the episode was “of tremendous seriousness, unacceptable given the sacrifice our community has had to endure as a result of the pandemic.”