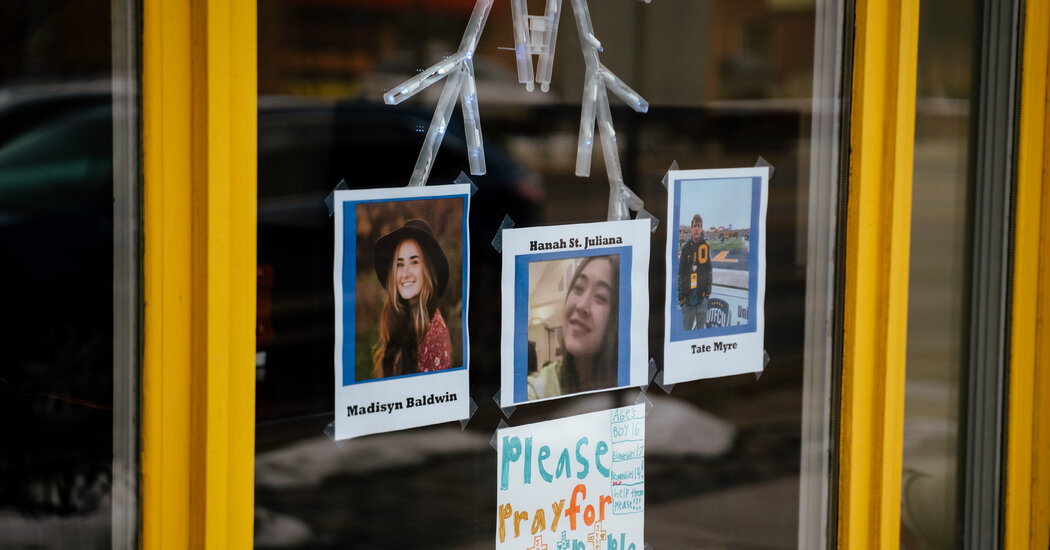 The boy was charged as an adult on Wednesday on one count of terrorism resulting in death and four counts of first degree murder, which could lead to life in prison if convicted. He was due to appear in court later in the day.

Ms. McDonald said prosecutors were reviewing “a mountain of digital evidence” and were also considering charges against the boy’s parents. Authorities previously said the suspect’s father bought the gun four days before the shooting and that the boy apparently posted a photo of the weapon with a target on social media.

“There are facts leading up to this shooting that suggest this was not just an impulsive act,” said Ms McDonald, who declined to provide further details.

Ms McDonald said she decided to charge the suspect as an adult because of the seriousness of the crime and her belief that it was a planned attack. She declined to say whether she believed the gunman had specifically targeted the four students he killed and the seven people he injured, including a teacher.

“Charging this person as an adult is necessary to achieve justice and protect the public,” Ms McDonald said. “Any other option would put us all at risk for this person because they could be released and still pose a threat.”

Ms. McDonald, a Democrat, said she hoped the shooting would lead to changes in Michigan’s gun laws.